Beverly Johnson Opens Up About Engagement to Black Financier 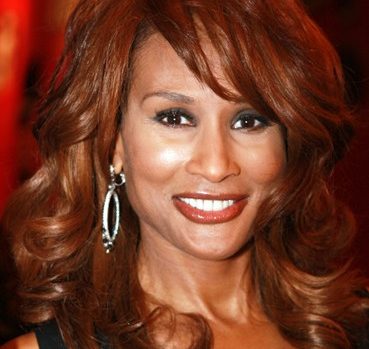 They say the third time is a charm.

Beverly Johnson revealed in an exclusive People interview that she and financier Brian Maillian are engaged. The 67-year-old supermodel vowed never to get married again after divorcing real estate agent Billy Potter in 1974 and then music producer Danny Sims in 1979.

“I was like how the heck did that happen?” she told People of the engagement. “I was saying I’m never going to get married again.”

Yet, as fate would have it, the fashion and beauty icon has found love once again.

Johnson, who is best known as the first Black woman to grace the cover of Vogue in 1974, says “finding the love of my life at this point in my life has been amazing.” After dating, she and Maillian became engaged after he unexpectedly popped the question while they were attending an event in Palm Springs with members of their extended family.

She revealed that “Brian’s 88-year-old mother took off her wedding ring and passed it down the table till it got to Brian and he got down on one knee. I was sobbing uncontrollably and he said ‘Will you marry me?’ and I said yes!” His mother also allowed her to wear the ring for the rest of the day. However, rather than purchasing her own engagement ring, the businesswoman convinced her fiancé to buy a house instead. The couple currently live together in Rancho Mirage, California.

Maillian is the chairman and founder of Whitestone Capital Group, Inc., a financial firm that specializes in the purchase, sale, and brokerage of securities. According to his LinkedIn profile, he founded the company in 1993 and directs and manages the delivery of all investment banking and financial advisory services to clients. The financial services industry veteran earned a B.A. degree in Mathematics and Computer Sciences from the University of California at Los Angeles (UCLA) as well as an M.B.A. degree from UCLA with a concentration in accounting and finance.

“As I was breaking boundaries in the fashion industry, he was doing the same on Wall Street,” said Johnson.

One thing she loves about the 70-year-old financier is the fact that their close in age. “We know the same songs and we’ve lived through a lot of the same things,” she told People.

Dubbed as fashion’s “first black supermodel,”  Johnson has graced more than 500 magazine covers throughout her 30-year career. Transcending from fashion to business, she launched her Beverly Johnson Skin Care System cosmetics line in 1995 and then a Beverly Johnson Hair Collection in 2012.