Black Women in the Military to Honor 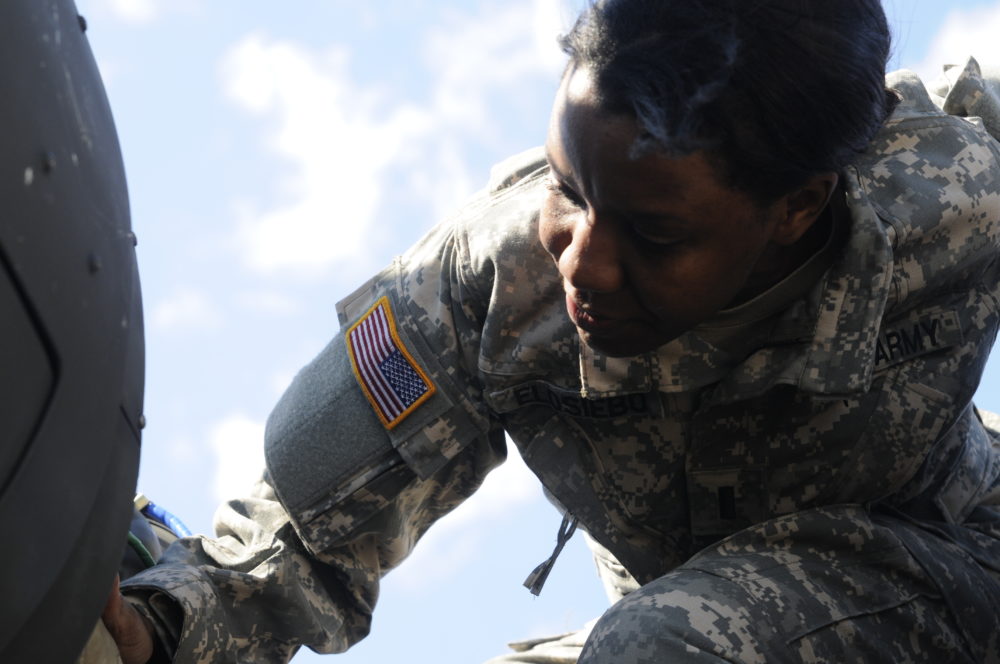 Black Enterprise honors the African American women who have spent many years serving the United States military and have now climbed the ranks to lead it. These women have faced and beat tremendous odds and have blazed trails that, at one point, would have been impossible to imagine, not to mention achieve. Let’s celebrate and be inspired by the sacrifices and accomplishments of black women in the military; powerful women–and all veterans–today and going forward.

Black Women in the Military to Honor

Admiral Michelle Howard
Howard is a four star Admiral and one of the highest-ranking African American women ever, in any branch of the military. She is the Navy’s second highest ranking officer, and currently serves as the 38th Vice Chief of Naval Operations–the first woman or African American to hold that position. Howard is also the first African American woman to command a U.S Navy ship, the USS Rushmore.

Rear Admiral Annie B. Andrews
Andrews is a recently retired commander of U.S Navy Recruiting Command. As a Navy Human Resource Officer, she served as the top recruiter in manpower acquisition while leading thousands of personnel and directing all aspects of recruiting operations across 26 Navy Recruiting Districts. Prior to her position as commander, Andrews was Director of Total Force Manpower Requirements, N12, Senior Fellow, Chief Naval Operations Strategic Studies Group, and she spent several years as a commanding officer in U.S. Navy recruiting.

Major General Gwendolyn Bingham
Bingham is the current commander of the TACOM Life Cycle Management Command. Prior to this position, she served as Commanding General, White Sands Missile Range, and was the 51st Quartermaster General of the United States Army and Commandant of the U.S. Army Quartermaster School. She was the first woman officer to hold these positions. Some of her awards and decorations include Defense Superior Service Medal, Legion of Merit with oak leaf cluster, and Defense Meritorious Service Medal with oak leaf cluster.

Major General Marcia Anderson
Anderson is the Army’s first African American reserve officer to reach the rank of major general. As a civilian, Anderson serves as the clerk of the U.S. Bankruptcy Court, Western District of Wisconsin. Some of her military decorations and awards include the Meritorious Service Medal with 3 oak leaf clusters, The Legion of Merit with two oak leaf clusters, the Army Commendation Medal, and the Army Achievement Medal.

Major General Nadja West
West is the first African American woman to be Major General of the Army’s active component. She is also Army Medicine’s first African American woman to be made two-star general. West is currently joint staff surgeon at the Pentagon, Washington, D.C. She earned a Doctorate of Medicine from George Washington University School of Medicine.

Specialist Jessica Jones
In 2013, Jones became one of the first female soldiers to attend the U.S. Army Ordnance School’s Artillery Mechanic (91P) and be recognized as her company’s honor graduate. According to army.mil, Jones is one of the first women to hold the military occupational specialty. The course is one of six the Army opened to women as part of an effort to loosen the combat exclusion provisions under the Direct Ground Combat Definition and Assignment Rule. Prior to Jones entering the school, it had been restricted to only male students.