Many remain stunned at the display of hate, racial intolerance, and a brutal act of violence that held the Virginia city of Charlottesville under siege this past weekend. 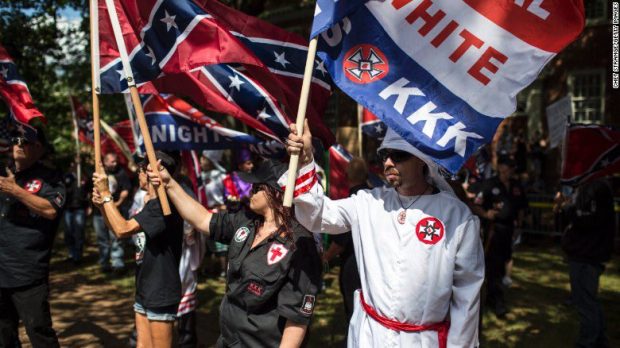 People are flocking to social media seeking some sort of answers as to why racism still continues to plague American society and to express their frustrations, dismay, and outrage.

Barack Obama and other leaders from the business, political, and media worlds, expressed some of the most powerful and poignant thoughts about the turbulence at Charlottesville on their Twitter feeds:

“No one is born hating another person because of the color of his skin or his background or his religion…” pic.twitter.com/InZ58zkoAm

At this point it really doesn’t matter if Trump condemns wht supremacists by name. He has already signaled his allegiances… #Charlottesville

Let’s begin to Stop White Supremacy, Neo Nazis and KKK where they feel most welcome, the White House. #FireBannon #Charlottesville

Trump defined himself during campaign. He encouraged violence against protesters at rallies. We should not be surprised. #Charlottesviille

There is only one side. #charlottesville

What is more important being Love or being Great? LV 19:9, MK 22:39 pic.twitter.com/aVSjXgLwys

All people regardless of race or politics cannot be silent against this bodacious act of racial bigotry and domestic terrorism in Virginia. pic.twitter.com/OzP2re0xqq