7 Must Know Facts About Bree Newsome 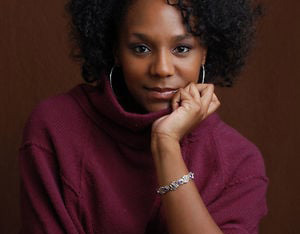 Although many people were shocked when Bree Newsome removed the confederate flag from the South Carolina State Capitol this Saturday, those who know her personally didn’t seem shocked at all.

“This is what she was destined to do,” Â said Amy Adler, who sang in the school choir with Newsome, to TheÂ Baltimore Sun. “She literally took [the flag] into her own hands, which is very much what she does. She has a very on-the-ground, hands-on approach to change. I wish more people had her energy.”

It’s reported that Newsome, 30, was charged with defacing monuments on the Capitol grounds. The offense qualifies as a misdemeanor and carries a fine of up to $5,000, an imprisonment term of up to three years, or both. Despite the fact that her actions were deemed illegal, Newsome’s courage and faith-driven words seemed to ignite a fire in many following the event. People took to social media to show their support, using the hashtag #FreeBree to express their sentiments. Â A crowdfunding campaign was even constructed, where over $112,000 has been raised to cover the young activist’s bail and legal fees.

“We removed the flag today because we can’t wait any longer. We can’t continue like this another day,” said Newsome in a statement. “It’s time for a new chapter where we are sincere about dismantling white supremacy and building toward true racial justice and equality.” Newsome became an American “sheroâ€ overnight.

However, there’s still much to learn about thisÂ woman of power and how she became the activist she is today.Â Here are seven must-know facts about Bree Newsome.

1. According to The Baltimore Sun, Bree is a classically trained musician who performed lead roles in musicals such as Dorothy in The Wiz, and Rosie in Bye Bye Birdie. She also went to New York University’s Tisch School of the Arts, where she studied film.

2. Newsome graduated in 2003 from Oakland Mills, where she was known as Brittany. She was active in student government, serving as president of her class, for her first three years, and as president of the student body as a senior, according to the high school yearbook.

3. Newsome’s father, Clarence G. Newsome, is a former dean at Howard University, trustee of Duke University, and is now president of the National Underground Railroad Freedom Center; which may explain her passion for civil rights and African American equality.

4. She received a B.F.A in film and television from Tisch School of the Arts. While at NYU, she wrote and directed a humorous public service announcement called Your Ballot, Your Voice, encouraging young voter turnout. The PSA won the grand prize in a competition sponsored by Tisch and MTV.

5. Her short film, Wake, won several awards on the film festival circuit, and recently made its national television debut on the ASPIREtv network, notes Newsome’s website.

6. The Charlotte, N.C.-based artist and filmmaker is also active in the Black Lives Matter Movement.

7. Her historic action came a day after President Barack Obama delivered a powerful speech during the eulogy at the funeral of the Rev. Clementa Pinckney, who was gunned down with eight others by a racist terrorist during bible study at Emanuel AME church in Charleston, S.C. He spoke about the overwhelming presence of racism in America and how the confederate flag remains a symbol of slavery and oppression.

FacebookTwitterYoutube
← Your School’s Financial Aid Office is Still a Resource ← The Weekend Update: Full of Pride
×