7 Ways to Turn Your Franchise Into a Multiunit Franchise Empire 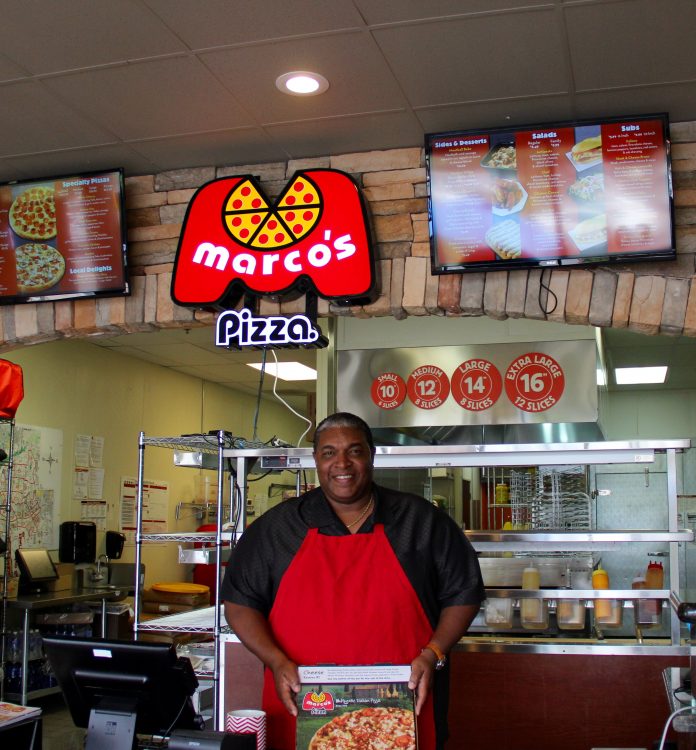 Armed with 32 years of experience in the restaurant industry, Leo Thomas turned his one franchise into a multiunti franchise empire. Since opening his first Marco’s Pizza in January 2014, a fast-casual restaurant franchise, Thomas now owns five Marco’s Pizza locations in Riverside County, California.

The Fast Growth of Franchise Entrepreneurs

Currently, Thomas has a development agreement to open another 25 stores in both Riverside and Orange County by 2024, which includes those he presently owns and otherÂ franchisees that operate in his franchise territory. Along with his business partner Anil Yadav, Thomas owns Marco’s Pizza locations, in addition to 74 T.G.I. Friday’s restaurants located in six midwestern states as well as in Florida.

“We see franchisors encouraging their current franchisees to keep growing, because multiunit franchisees have the infrastructure, financing, and experience to open additional units faster and more efficiently than newcomers,” says Anya Nowakowski, a FRANdata senior research analyst, in an email to BLACK ENTERPRISE. “We also see a growing number of multiunit owners diversifying Â their business by owning multiple brands across different business types.”

Thomas also says he became a multiunit franchisor, because they typically can make more money than a single-unit franchise.

The Fruits of Hard Labor

Becoming his own boss was not easy for Thomas, who spoke with BLACK ENTERPRISE about his franchise business. He had to tap into about $400,000 in savings he earned while in the corporate world to open the first store, and buy his franchise territory.

Thomas obtained bank loans to open subsequent stores, relying on other streams of income to live on, such as being a church pastor and restaurant consulting. He labored hard to develop the necessary skill-set to position himself as a multiunit franchisee, with a resume that includes working at McDonald’s, Starbucks, Boston Market, and Denny’s. While working at the last three restaurant chains, Thomas gained financial acumen, which included overseeing new store development, reading profit and loss statements, and managing thousands of employees.

“That background is still helping me build a portfolio of stores today,” he says. “It helps me understand the dynamic of the business [that] I eventually invested my money in.”

One of the perks of running your own business, Thomas claims, is that you get to be in charge, which inevitably reduces the chance of being laid-off in a corporate downsizing.  He adds that being a multiunit operator offers the opportunity to build a legacy, and ultimately create generational wealth for your family.

Yet there are pitfalls; Thomas says one is your entire livelihood is tied to the business. For instance, he says money that people have saved for retirement, vacations, or other purposes now may need to be used to help fund the business.

“That means you have to push extremely hard to make sure the business is viable and profitable,” Thomas says. According to Thomas, it took about two years before his Marco’s Pizza locations become profitable.

“The key to making money in the restaurant industry is picking the right concept; having a thorough, detailed business plan; and good site selection,” Thomas says.

Although Thomas would not disclose revenue for his Marco’s Pizza locations, as of December 2016, Marco’s Pizza reportedly had annual system-wide sales of $500 million, with nearly 800 locations, making it one of the nation’s fastest growing pizza chains.  According to Thomas, theÂ average Marco’s unit had 2016 revenue of nearly $700,000.

Thomas offered tips to consider before becoming a multiunit franchise. They include:

-Examine if you have the capital to finance the opening of several stores versus operating one.

-Have the proper amount of money stashed away. For instance, if you need $5,000 per month to live on, make sure you have 18 to 24 months of that monthly income saved.

-Ensure that the franchisor will allow you to open multiple stores. Some franchise brands limit how many stores can be opened.

-Make sure you are passionate about operating a multiunit franchise, and make sure you understand the different tiers of running a business. Those may include hiring people, managing new store development, and understanding profit margins. The more knowledge and understanding you have of the industry you plan to invest in, the greater the chance for success.

-Perform due diligence and thorough research before buying into a franchise. Also, visit locations, talk to customers, and check with existing franchisees about their experience with a brand.

-Partner with someone whose strengths complement your weaknesses. If you’re strong in finance, but not knowledgeable about operations, find a good operator to partner with to help run the business.