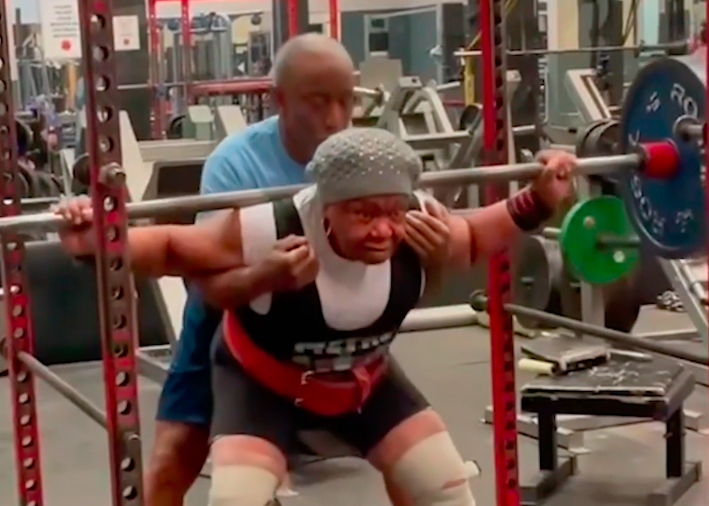 Former Realtor Nora Langdon had a goal to get into shape and now she’s a powerlifting champion who has set 19 world records.

From Realtor to Powerlifting Champion

Langdon started her powerlifting at age 65. She joined the Royal Oak Gym in Michigan and began her training regimen with Art Little.

“She watched us getting ready for a powerlifting meet and asked a question I’ll never forget it; ‘Do you have any old broads doing that?’ And I said ‘Yeah,'” Art Little shared with Fox 2 Detroit. “She came and watched us at the meet and said she wanted to do it.”

Every since Langdon stepped foot into Royal Oak Gym, she’s been attending several times a week to break her own records. It all started with the basics, using a broom as a barbell. She worked her way up to heavier weights and now she’s one of the best in her state for her age range. Lifting her become her passion. Now, she bench presses up to 185 and deadlifts around 400.

“I never went to a gym or picked up anything before the age of 65,” Langdon told Good Morning America. “On the first day I started, I went home that night and told myself that I’m never going back again because it was too much for me. Then I heard a voice saying, ‘go back.’ So, I went back and here I am today.”

Langdon has experienced a complete transformation in the last 15 years. She weighed over 210 pounds in 2007 and struggled to maintain good fitness levels for her age. Now, she competes in competitions under the American Powerlifting Federation and has earned state, national, and world records. Langdon proves that fitness success is possible at any age if you have a coach and commit to your goals.