8 Things Every Athlete Should Know Before Going Pro 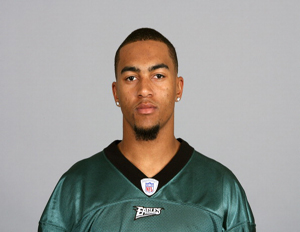 DeSean Jackson of the Philadelphia Eagles in his handout picture (Image: Getty)

With a month of the 2011-2012 NBA season already in the wind and the rest of it in doubt, it’s become painfully clear to many athletes that even their paydays are not guaranteed and that broke can be right around the corner from rich. Unfortunately, lockouts and how to keep your money during lean times were not at the top of most athlete’s list of priorities before they signed that professional contract. With that in mind, BE Next lists a number of prerequisite moves and options any future franchise player, or even bench warmer, should consider before putting pen to paper on that pro deal.

You Are Still Getting a Pay Check

Just because you’re worth millions, doesn’t mean you aren’t going to be getting a paycheck. Malik Shareef, attorney and sports agent who represents Ryan Williams of the Arizona Cardinals and Isaac Redmond of the Pittsburgh Steelers, amongst others, breaks it down. “A football player gets 17 game checks and then that’s it. Those 17 game checks have to last for 52 weeks. A minimum deal in the NFL is $375,000, they’re getting 22 grand a week.â€