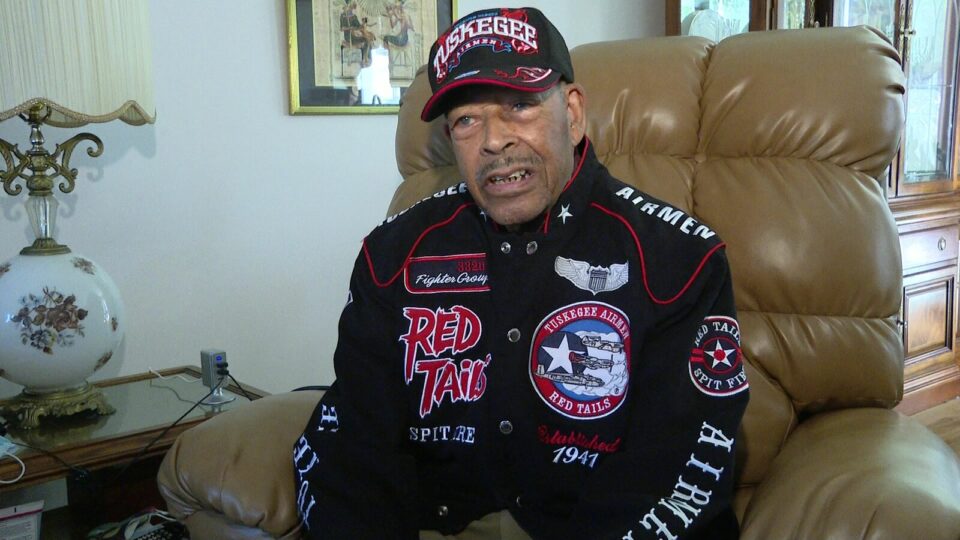 Retired Sgt. Victor W. Butler isn’t asking for too much ahead of his 100th birthday. He wants birthday cards and to celebrate this momentous milestone by reading inspiring and celebratory messages.

“I’ll tell you one thing: It’s great to get to 100 years old, but when you’re 100, there’s not much you want,” said Butler, who worked as a mechanic in the war. “There aren’t too many things that will make you happy than hearing from people and talking for people.”

Although his dream to become a pilot didn’t pan out, Butler was among the brave Tuskegee Airmen, also known as the “The Red Tails,” who served between 1940 and 1948. During his appointment as aircraft mechanic, Butler worked on some of the legendary planes used by Black fighter pilots soaring the skies on missions.

Butler loved being a part of history, but segregation posed an issue for Black soldiers in Tuskegee, Alabama, at the time.

“Being in Tuskegee, Alabama, it wasn’t very acceptable to white people for Black soldiers to be walking around,” he told WJAR.

Since then, his service with the famed-flying airmen garnered him many hours and awards, including coins.

Ahead of his 100th birthday, Butler’s request has circulated, having already received over 500 cards, CBS 42 reported. The cards, sent from people all across the country, have brought Butler so much enjoyment.

“What’s special about it? It’s special just sitting and reading them,” Butler added. “They all have nice letters with them. Some of them have been very inspiring. It makes me feel great.”

The veteran was recently recognized by the Rhode Island House of Representatives for his trailblazing contributions as a family man and businessman.

“Mr. Butler has always been a hard-working man who always strived tirelessly to provide for his family and loved ones,” a resolution from the Rhode Island House of Representatives read. “Mr. Butler was the first African-American to work for Brown and Sharpe and worked for the company for 34 years. Mr. Butler was also a successful businessman who owned and operated the Victor Butler Automatic Screw Machine Repair company for 18 years.”

“Just enjoy life as it is. Be thankful,” he advised. “I’m thankful that I have a nice wife, and a nice home to live in.”

Butler requests that birthday cards be mailed to the following address: