A Black Stealth Pilot Quits The Air Force Due To Racism 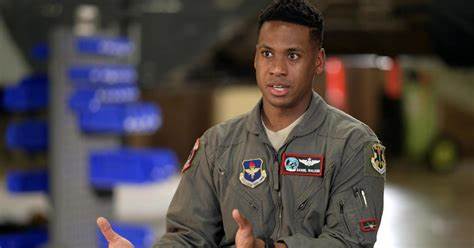 A Black stealth pilot of F-22’s said in a 60 Minutes interview that racism in the Air Force made him quit his job.

Maj. Daniel Walker had an 11-year-career flying jets but he describes working for the Air Force as an “uphill battle.” Walker, a descendant of a Tuskegee airman who earned a Distinguished Flying Cross for his service, said he was subjected to racism similar to his great-uncle Norman Scales, according to CBS.

“The way you stand, the way you walk, the way you sit, the way you speak. In what is supposed to be an objective field, [they] are subjectively rating you to others in the sort of unofficial grapevine of evaluation,” Walker told CBS.

Amongst his white peers, Walker was considered to be too different to be a pilot, with Walker recalling people telling him that, “You’re Big, You’re Black…You’re Intimidating.”

“This story is not uncommon,” Walker told CBS. “I could very easily attribute this interaction to that action on my part, but when you compare stories from people you’ve never met, and they’re almost identical, down to the individual, down to the comment, you realize these are not singular events in the person’s life.”

Walker attended the Air Force Academy in Colorado in 2010, and despite his excellent skills as a pilot, his colleagues would criticize him for being “too loud, too quiet, or talking too much,” the Daily Mail reported.

Some people thought his silence signaled that he was “too good to be here or too good for this place,” Walker recalled.

“It’s a loss for the Air Force. He was an incredible pilot, an incredible officer, outstanding officer for us,” Gen. Brad Webb, who leads the discussion about race, diversity, and inclusion in the Air Education and Training Command, said.

Walker got accepted into Harvard Law School, where he plans on making a difference for his country.