A Breastfeeding Olympian, Aliphine Tuliamuk, Fought to Bring Her Daughter to the Toyko Games 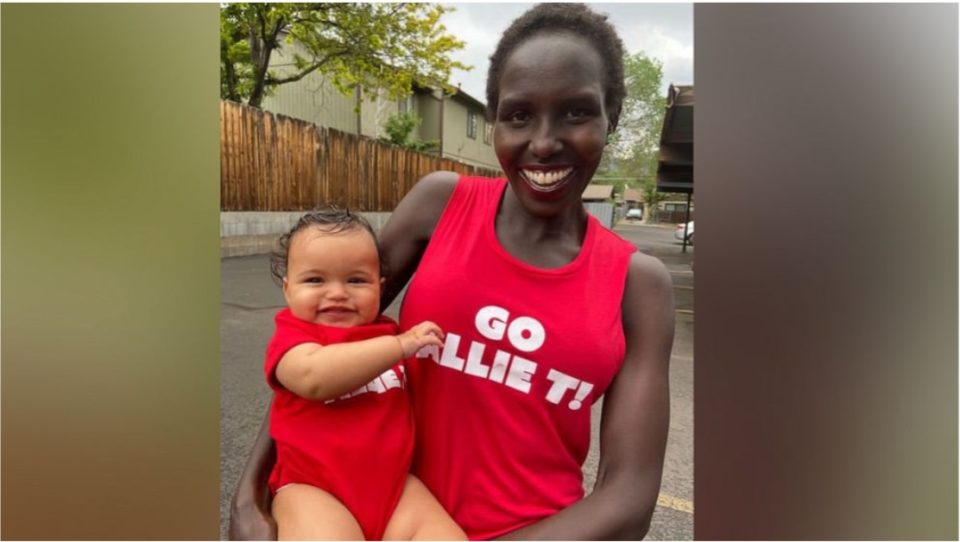 Aliphine Tuliamuk, a breastfeeding athlete headed to the Olympics with her baby, (screenshot Good Morning America)

Imagine accomplishing the significant feat of heading to the 2020 Olympic Games, only to be left feeling worried because of being a nursing mother who could not take a baby along.

Aliphine Tuliamuk, Molly Seidel and Sally Kipyego were “the top three finishers of the Olympic Marathon Trials qualified to compete at the Tokyo Games,” according to Women’s Running.

Tuliamuk qualified for the U.S. Olympic women’s marathon team, but since she was breastfeeding, she found herself among other Olympian mothers who felt concerned about being unable to bring their infants  to the Olympics because of COVID-19 restrictions that barred athletes’ family members, according to Good Morning America. In January, the 32-year-old athlete gave birth to her daughter, Zoe.

“When they put restrictions in and sent us an email that she wasn’t going to be able to come, I was really devastated,” Tuliamuk told Good Morning America. “What do they expect us to do? I can’t just leave my breastfeeding child behind.”

The Olympian said that she “sent a letter to the head of the International Olympic Committee,” in addition to openly voicing her concern about the restriction, in the interview with Good Morning America.

“I had been putting off thinking about Zoe not coming to Tokyo with me for a while now, but I had to start to, at team processing a week ago in Eugene, and I have cried a lot since. I know that I will be leaving her for only 10 days, and she will be just fine, and that so many other moms have done the same, but I can’t even imagine being away from her for half a day,” Tuliamuk wrote on Instagram.

Women like Tuliamuk led organizers to reconsider their plight of “being forced to choose between the Games and their young children,” Reuters reported.

An email was sent from this year’s Olympic organizers to the news outlet.

“However, after careful consideration of the unique situation facing athletes with nursing children, we are pleased to confirm that, when necessary, nursing children will be able to accompany athletes to Japan,” the correspondence said, according to Reuters.

Tuliamuk’s baby is coming with her. Olympic organizers decided to allow nursing children to come along with their mothers.

“ZOE’s VISA ARRIVED TODAY! What a relief it feels not to have to imagine my breastfeeding daughter being miles away from me,” Tuliamuk wrote on Instagram.