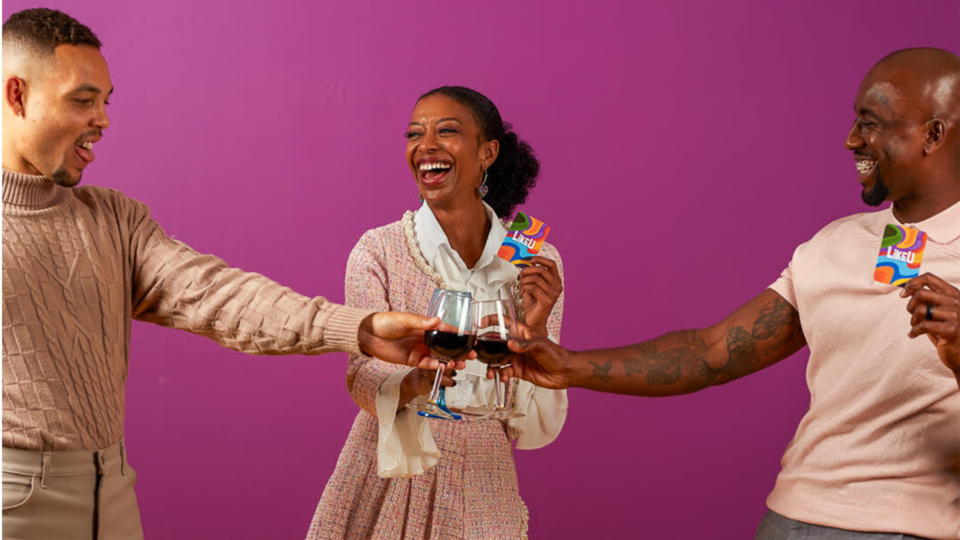 LikeU, a new Black-owned and created card game, was formed by three friends who envision a world without cancel culture and with more love.

Friends Kiara Imani, Brian Taylor, and Michael Nelder Henderson came together to introduce an experience that strives to combat cancel culture, one deck at a time. Motivated by storytelling, the trio intended for players to connect through powerful connections by getting to know each other and discovering what they have in common.

“Typically, when we don’t understand someone, our default is to distance, shame, blame or fix them. . . . LikeU cards serve as a tool to aid in what we believe is the most impactful form of activism – storytelling. We created this game to help people become students of other people’s stories, to remind others that the most powerful words besides ‘I love you,’ are ‘me too,’” the creators explain, according to a press release sent to BLACK ENTERPRISE.

Now available in Target nationwide, LikeU features 120 curated, light-hearted and thought-provoking questions split into two groups. Based on Target’s product description, “the yellow questions explore what makes us fascinating and the blue questions uncover what makes us human.” The game has no rules, just suggested ways to play. According to the LikeU cards website, the offerings include a travel pack and an expanded pack.

The creators behind LikeU are a diverse group of professionals, who first met at church. They each bring their individual strengths to the table.

Imani is a multi-hyphenate creative, writer, speaker, radio show host, and attorney. Nearly three years before releasing LikeU, she quit her 9 to 5 job to pursue a variety of creative projects. Her decision was motivated by Beyonce reposting her viral dance video to the singer’s cover of the Earth, Wind, & Fire classic “Before I Let Go.”

“I realized then that I didn’t have to hide my other gifts and talents or choose between intellect and creativity,”  she said. “Like Beyonce, I could do it all. She’s a creative, a businesswoman, and an entrepreneur who never subscribed to the idea that she had to follow a traditional career path.”

Taylor is a Grammy-nominated and Dove Award-winning songwriter, leveraging his background in business and entertainment to aid people in finding confidence in their own voices and stories.

Henderson, a poet, author, and TEDx speaker, has brought his creative talents to universities, businesses, and prisons.

In addition to Target’s partnership, LikeU is anticipating an expansion for the opportunity to bring the game to the classroom. The co-founders are already in creation mode for a child-like version of the game.

Get your LikeU cards now online at LikeUcards.com and at Target.