Here We Go Again: A 'Karen' Calls Cops On Black Man Standing In Front Of His Home 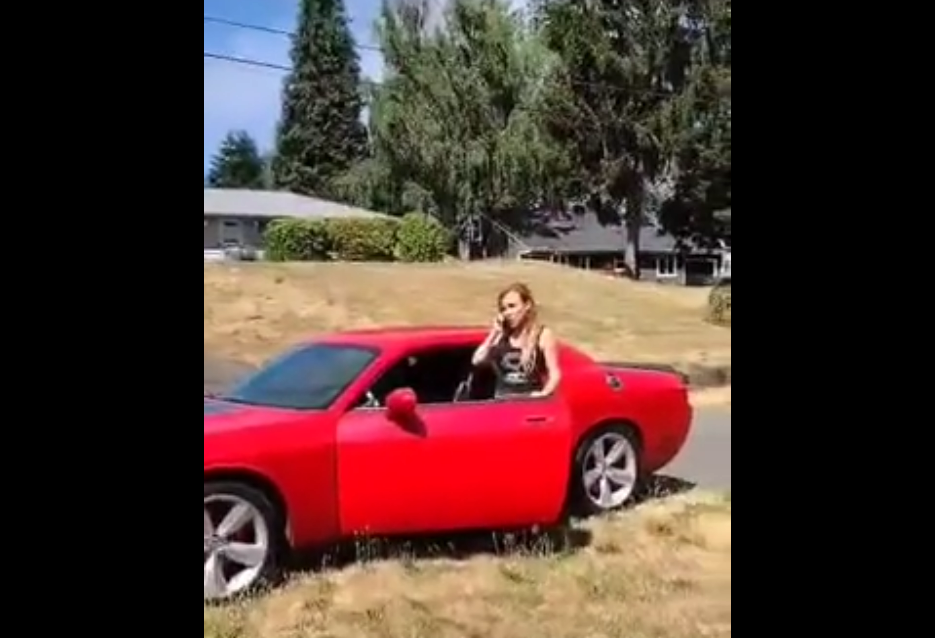 A video uploaded to Reddit on Wednesday shows a “Karen” sticking her nose into an otherwise benign situation as a Black man stands outside his rental property.

The unidentified woman is seen on video speaking with a police dispatcher expressing her concerns about one of the neighborhood’s newest residents Dayson Barnes, a Black man, The Seattle Times reports.

The video caption reads, “Today I had to leave the middle of a work meeting because my boyfriend said a woman was outside causing issues,” wrote Barnes’ partner. “This woman drove past our rental home, saw my boyfriend (who happens to be the only black man on the block) walk inside our house, and turned around to demand that he proved he lived here. Then she called the cops.”

“If you guys have a lease, I’d just like to see the lease,” the woman is heard requesting from Barnes and his partner. The video has gone viral on social media, according to Fox 13.

Barnes said when he saw the woman, they waved at each other, “as a normal neighbor would,” but she then decided to drive back and park in front of his home, Fox 13 reports.

Barnes said he approached her and asked if she needed something; the woman responded she knew the people who lived in the house and accused Barnes of trespassing, telling him he was not permitted on the property, The Seattle Times reports.

Wisely, Barnes fetched his mobile phone from inside his home to film the racist encounter and show his partner the incident. According to Barnes, the woman’s attitude changed when Barnes’ partner appeared, who is white.

Within minutes, the King County Sheriff’s Office deputies arrived at the scene responding to a call of “potential residential burglary,” says Zoe Birkbeck, a spokesperson.

“Before arriving on scene, dispatch advised responding deputies that the caller said that it was a misunderstanding however now a verbal disturbance had ensued,” Birkbeck said in a statement via email.

In the video, Barnes’ partner accuses the woman of notifying police authorities because “she saw a Black man walk in the house.” The woman denied the claims by saying, “Oh my gosh this has nothing to do with race.”

Barnes countered, “It was obviously a race thing.”

“I was wearing a hoodie because it’s cold that morning, a black hoodie, and she thought I shouldn’t be there, I was stealing from the house,” he said.

When deputies arrived, they checked Barnes’ identification and left within five minutes, and no official report was made, according to Birkbeck.

Barnes and his partner relocated to Seattle from Texas, where he was constantly racially profiled and made him anxious when he had to deal with police.

“I didn’t think I’d have to experience this outside of the South,” Barnes said.