How I Did It: Celebrity Jewelry Designer Aklia Chinn's Custom-Made Success 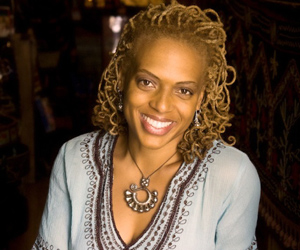 Aklia Chinn is a jewelry designer who is a vet in the business, with more than 15 years catering to celebrity clients including Blair Underwood, Lisa Bonet, James Pickens and Lawrence Fishburne. Developing a hobby into a lifetime career, Chinn’s pieces have been worn in films including Spike Lee’s Crooklyn and TV shows including Living Single and A Different World, and featured in several national publications. Today, she still caters to a celebrity and every day professional clientele, with pieces custom-made with exotic materials she gathers from her international travels.

BlackEnterprise.com caught up with Chinn on how she’s been able to remain viable in the accessories industry, why she continues to pursue her passion in a saturated market and how other up-and-comers can remain competitive.

BlackEnterprise.com: How did you get started in the accessories industry?

Aklia Chinn: It was a hobby that blossomed into a lifetime career. As a very young girl, I had a major obsession with baubles, brooches and beads, andÂ a dear friend of my mother’s used to let me explore through her vast collection of small treasures whenever we visited her. That obsession blossomed into a penchant for crafts, andÂ I learned to macrame, crochet, solder metals,and laminate.

Years later, when I was pursuing a career as an actress and making jewelry on the side for extra income, I was on the set of A Different World and the costume designer, Mel Grayson, commissioned me to make several pieces for the actors to wear on the show. Ceci Rodrigo later became the costume designer for “A Different World,” and used my jewelry on that show and Living Single. Then Ruth Carter, who was responsible for the costume design for many of Spike Lee’s films, used my jewelry in one of my favorite movies of all time, Crooklyn, and she wore one of my necklaces to the Academy Awards show the year she was nominated for her work on the Film Malcolm X. Three-time Oscar winner Milena Canonero, who is renowned for her costume design in the iconic, cult film A Clockwork Orange used several of my pieces for Halle Berry in Warren Beatty’s film Bullworth and several of my pieces appeared in the film Titanic.

How were you able to secure celebrity clients and get exposure for your pieces?

Having been noticed by costume designers on many different film and TV productions, my work received major exposure. Spike Lee was also an early supporter of my work and wore it frequently. When recognizable celebrities love your work enough to wear it often, people notice, and that publicity is priceless. I will always be grateful for his support in those early days. Queen Latifah was also a champion of my early creations, and I’m grateful to her for wearing my jewelry on- and off-screen.

What’s the biggest challenge you encounter being an entrepreneur in the style/fashion market?

My biggest challenge in the past few years has been the recession. Overall, people are much more careful when it comes to spending money on non essential items like gifts and jewelry. Â Since many of my clients are actors, writers, directors and behind-the-scenes television production crew members who are struggling in this current economic climate, it adversely affects my business. Â  There is such limited work for African-Americans in the entertainment industry and many have moved away or gotten out of the business all together, so that has affected sales too.