A Woman is Behind Creation of the First Black-Owned Champagne Brand Sold in the U.K. 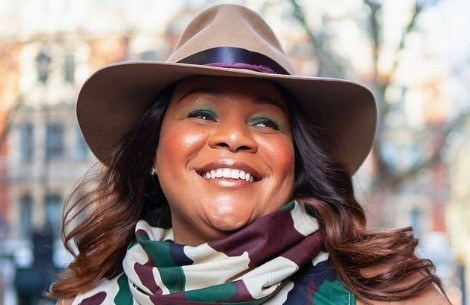 Nichole Johnson is adding to the diversity of the wine and spirits industry, even abroad. She had an idea to start the first champagne brand that is sold in the UK, so she pushed the boundaries and released Lapin Rouillé Champagne. Credit- Instagram

Black women are making marks in the spirits industry, one cork-popping business at a time. Women of color are carving out their own niches, although the industry has been historically dominated by white males. Nichole Johnson is among trendsetting women who are breaking barriers, similar to Marie Inès Romelle who entered the wine and spirits world as a Black producer of champagne in France. While also changing an ordinary narrative, Johnson’s company called Rusty Rabbit International launched a new premium champagne brand.

Additionally, the website stated that Lapin Rouillé is crafted from 100% Pinot Meunier grapes. The champagne variety is rapidly gaining in popularity.

Johnson does not sound like a lucky novice, perhaps because experience is probably on her side. Her LinkedIn account revealed that she began Rusty Rabbit International as a go-to resource for promotional products and design. The global brand management and business development agency reportedly leaps products from design to distribution, prototype to promotion, and concept to completion. It was mentioned that the company is headquartered in London and Dallas, Texas.

Information shared on her account also stated that after designing labels for high-end distilleries, Johnson morphed into a successful global spirits distributor. She was also described as ‘the youngest and only African-American Woman-owned liquor importer, exporter, and distributor in the world.’ Her scholastic training includes being a graduate of Florida A&M University’s School of Business and Industry, and from the University of Phoenix.

According to the website, Johnson helped other alcohol and spirits brands takeoff in more than 15 countries. She decided to create a lane for herself by founding Lapin Rouillé Champagne, which is the first Black-owned champagne brand sold in the U.K.

“I saw a gap in the market that allowed me to showcase that having an actual champagne [brand] is not impossible to acquire or produce for the masses,” she reportedly told Travel Noire in an interview. “I created Lapin Rouillé to showcase the skills of my company and to pay homage to our company’s original first lady and inspiration, my late Nana, Hazel Brown.”