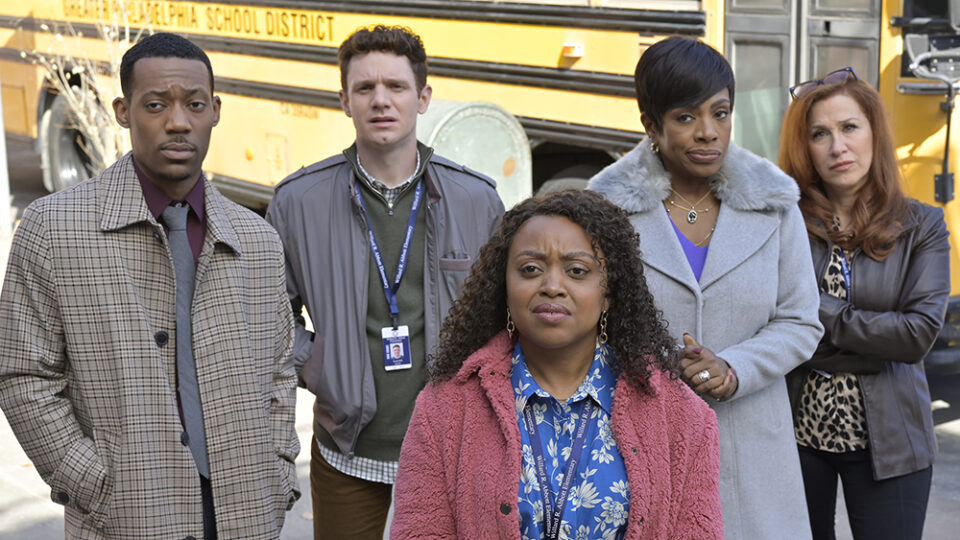 The show premiered early last month, bringing in 2.79 million viewers and a 0.6 rating in the 18–49 demo, Deadline reports. Now, just 35 days into its debut, the Quinta Brunson-created series shot up 300% in the demo for a 2.4 rating and 7.1 million total viewers.

Abbott Elementary follows a group of dedicated, passionate Philadelphia public school teachers and a comedic tone-deaf principal who work together to ensure their students are set up to succeed in life, despite the odds stacked against them. Episodes highlight the struggle of teachers working in schools with little to no funding.

But despite the lack of funding at Abbott Elementary, the group of passionate public servants bans together to give their students the best education possible—even if they don’t love the school district’s less-than-stellar attitude toward educating children. Starring in the series is Brunson, Tyler James Williams, Janelle James, Chris Perfetti, Lisa Ann Walter and Sheryl Lee Ralph.

ABC credited the show for marking the largest percentage growth from L+SD to MP35 for any new comedy premiere since it started tracking MP35 performance in 2017. Word of mouth and social media have helped reel in viewers for the new show.

Abbott Elementary has consistently performed well for ABC with a primetime Tuesday air time since its Dec. 7 debut. Since its premiere, the show has beat out FBI: International on CBS and Our Kind of People on Fox in primetime.

Once word got out about Abbott Elementary’s “quadruple” ratings, celebrities took to Twitter to applaud the series.

“I am bursting with pride for my cousin @quintabrunson! HISTORY in the making,” Black Lady Sketch Show star Robin Thede wrote.

I am bursting with pride for my cousin @quintabrunson! HISTORY in the making! https://t.co/0ScT3XnL0J

On behalf of teachers everywhere, thank you for celebrating and lifting up educators.