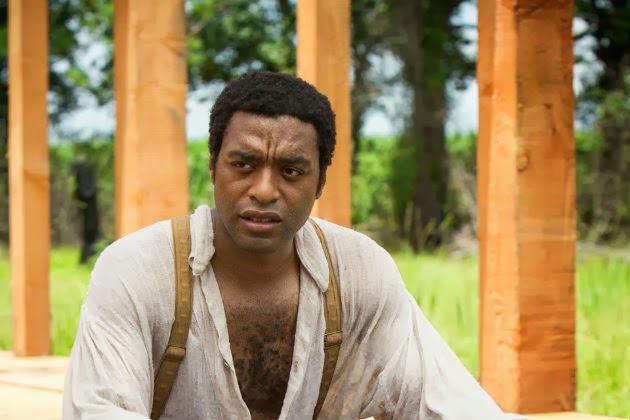 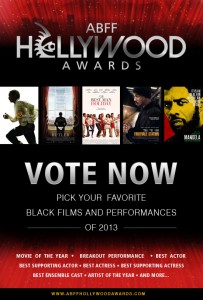 Voting is now open for the 2014 ABFF HOLLYWOOD AWARDS — The American Black Film Festival’s online platform created to give fans a voice in naming the best Black movies and performances of the past year. Film Life, Inc., the organization that produces ABFF, created the Hollywood Awards to recognize the work of persons of African descent in the motion picture industry and outstanding films portraying the Black experience.

“Hollywood is an industry centered on gaining widespread interest and support of mass audiences yet the large majority of awards platforms are determined by small and relatively non diverse groups of industry insiders. This award will allow people from all walks of life a chance to participate in the process of celebrating good work,â€ Jeff Friday, ABFF Founder/CEO of Film Life, Inc, said in a released statement.

The Awards and Festival are a part of the ABFF brand’s global initiative to promote the universal appeal of Black cinema by showcasing Black artists, stories and culture to a broader audience.

The nominees were selected by a jury of film critics and entertainment editors from African American media outlets around the country. For consideration, films must have had U.S. theatrical release dates between January 1 and December 31, 2013, with a minimum two-week run in New York and Los Angeles, as well as have been directed by, written by, produced by or featuring in a leading role, a person(s) of African descent. Individuals (actors, directors, producers, and writers) must be of African descent.

ABFF Hollywood Awards will be determined by popular vote of the general public; inclusive of the 90,000 plus American Black Film Festival alumni around the world. Voting ends on January 22. This year’s winners will be revealed in a five-minute “web showâ€ scheduled to premiere online February 19. Hosted by comedian Chris Spencer (creator of BET’s “Real Husbands of Hollywoodâ€), the show will follow Chris as he attempts to track down the winners to get their acceptance speech.

Visit www.abffhollywoodawards.com to CAST YOUR VOTE.