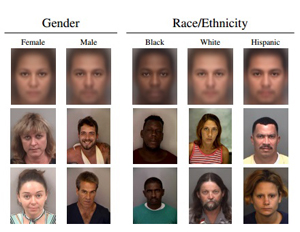 The American Civil Liberties Union (ACLU), along with 51 other civil rights and social justice organizations, sent a letter to the principal deputy assistant attorney general at the U.S. Department of Justice expressing concerns over facial recognition technology and the inaccurate identification ofÂ African Americans.

The letter cites a study from OpenBiometrics.org in which several experts tested facial recognition technology used by law enforcement agencies to pinpoint suspects and add them into their databases.

These errors are likely to pose the biggest injustice to African Americans because of existing police biases, argues the ACLU. The result is that people of color are “likely to be overrepresented in the mugshot databases that many jurisdictions rely on for face recognition.â€

Egregious Misuse by Maryland and Arizona?

The ACLU discovered an overrepresentation of African Americans specifically in the mugshot databases of both the Baltimore Police Department and the Maricopa County Sheriff’s Office.

Neither Maryland nor Arizona has restrictions on law enforcement’s use of facial recognition. Furthermore, the Maricopa Sheriff’s Office allows police to search an individual’s face against a facial-recognition database without the need for a reasonable cause that the person actually committed a crime.

The ACLU also purports that this technology is being used at protests and rallies–a potential violation of the First Amendment. The ACLU of North Carolina, in collaboration with several other organizations, discovered that Baltimore police used facial recognition and social media monitoring tools to “locate, identify, and arrest certain protestersâ€ after the death of Freddie Gray.

The letter calls for the Department of Justice and FBI to investigate police practices involving facial recognition and whether the technology negatively impacts communities of color.