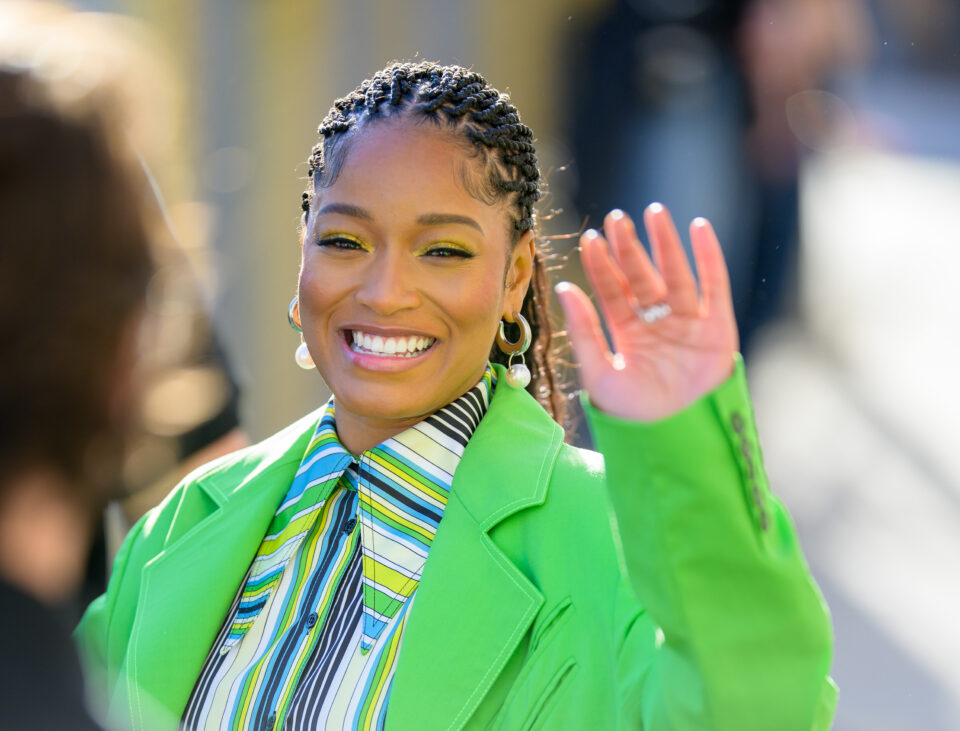 Nope actress Keke Palmer is speaking out about fame and her time as a child actor. The 29-year-old sat down with The Hollywood Reporter for an interview published on Nov. 16.

Palmer, whose full name is Lauren Keyana Palmer, described going on a vacation along the Mexican Riviera when she was a 15-year-old child star. The young actress was starring in the Nickelodeon sitcom True Jackson, VP, and she said that she “was trapped” on the cruise ship.

“I felt like I was walking around in a SpongeBob suit that I couldn’t take off. I was trapped. I couldn’t leave my room without someone coming up to me calling me ‘True Jackson.’ What you are, to everyone, is just a character … just part of their experience,” Palmer said.

The show ended in 2011 when Palmer was just 18, and she has gone on to have a successful career as an adult with roles in the Comedy Central television show Key & Peele and films such as Alice, Nope and Hustlers. Palmer also starred on Broadway in 2014 as the first Black Cinderella and launched a digital platform that showcases other performers called KeyTV.

“I’m a quirky artist, but I’m an artist, and it’s important for people to understand that Keke is just a part of who I am,” she said. “It’s been a winding road of trying to figure out how to do what I love but also exist outside of this caricature.”

The actress also spoke about colorism after being compared to Zendaya on social media last July. After a Twitter user claimed that Palmer was less popular in the entertainment industry because she has darker skin than Zendaya, she responded by saying that comparing the two actresses was colorism in itself and aptly noted that she was “an incomparable talent.”

“What I wanted people to understand is that comparing me to someone solely based off of our complexions is colorism. There are very real scenarios of colorism, racism and sexism. You don’t need to make them up. And I don’t want these little Black girls to be out there thinking they’ll never be enough, especially in their community’s eyes.”