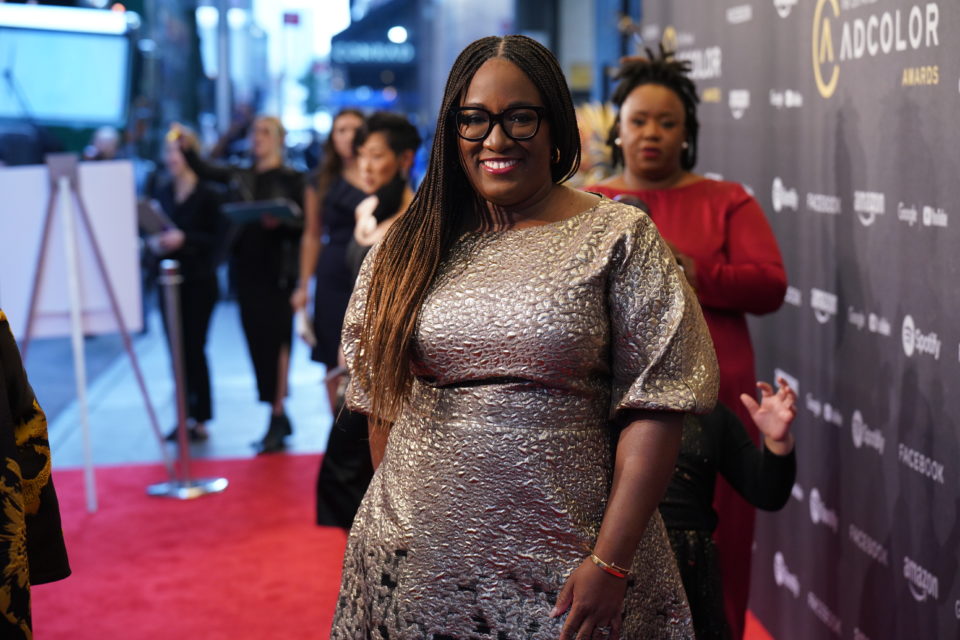 From writer and director Barry Jenkins to CEO of REVOLT Media, Detavio Samuels to actor and producer, Daniel Dae Kim to Viola Davis to Pharrell and many more notables, ADCOLOR once again brought the community together to Rise Up & Reach Back in support of BIPOC talent.

Having a passion for DEI at a young age, ADCOLOR Founder, Tiffany R. Warren found her calling in 1999 as Diversity Programs Manager at the American Associate of Advertising Agencies (4A’s). Staying true to her notion of supporting POC in the advertising agency, Tiffany founded ADCOLOR in 2005 after realizing the lack of diverse representation in the industry.

“I was attending award shows frequently where diverse professionals were not being honored, and if they were, it was the same well-deserved ones over and over again, Warren told Black Enterprise. “I knew there were so many others within the industry who deserved recognition, so I thought, ‘Why not create my own award show?’”

Fast forward 15 years later and ADCOLOR has grown into an impactful event series that culminated to an official awards ceremony, the 15th Annual ADCOLOR Awards, which occurred this past Friday, October 8th at the Ziegfeld Ballroom in New York City.

There have been and still are many challenges that people of color face on a daily basis, especially in the entertainment and creative industry, hence the start of ADCOLOR. Warren understood the assignment when she kicked off the inaugural awards 15 years ago.

Moving forward, Tiffany R. Warren hopes to see ADCOLOR’s community of industries continuing to grow. “As we reach more industries, I like to say the “ad” in ADCOLOR now stands for advocacy,” Warren told BLACK ENTEPRISE.

“And for ADCOLOR, we will always continue to advocate for the community we’ve built over the past 17 years, which is our greatest achievement.”