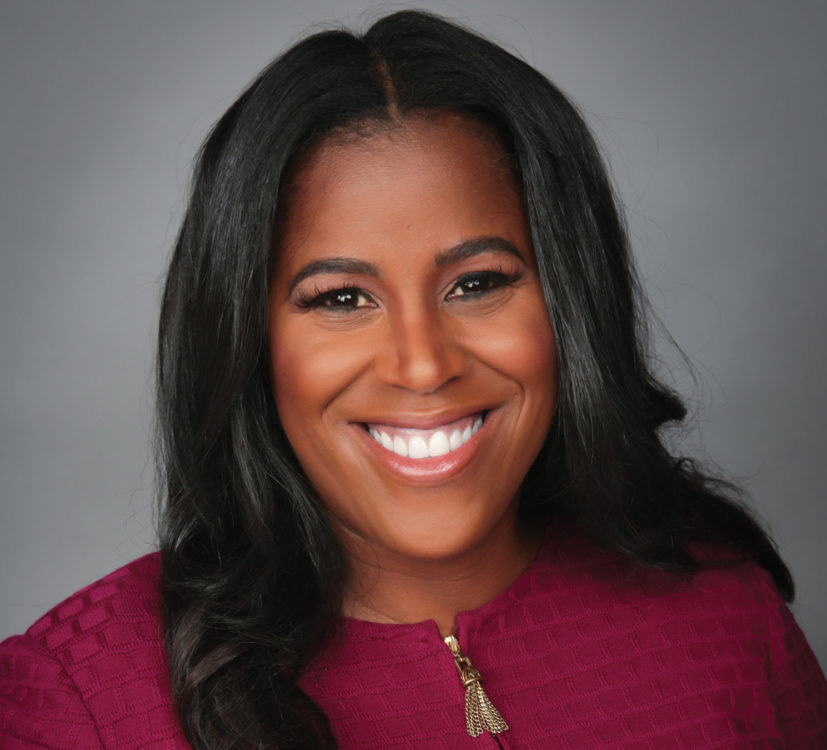 Managing a daylong, whirlwind schedule, dynamic CEO of Consumer Banking Thasunda Duckett, with a cadre of company officials in tow, held a roundtable at the RISE Demonstration Center in Southeast Washington to discuss community business initiatives as well as announce Chase’s $3.65 million commitment—along with $2 million from Capital Impact Partners and $1 million from A. James & Alice B. Clark Foundation—to expand capital access through its Entrepreneurs of Color Fund. (Already, the institution has developed EOC funds in Detroit, Chicago, San Francisco, and the South Bronx.) Next stop: A career development session with students at Howard University, featuring Carolina Panthers quarterback and entrepreneur-philanthropist Cam Newton and NBA superstar LeBron James’ business partner Maverick Carter, among other notables. The last event is an evening mixer at the impressive Newseum highlighted by an engaging discourse among former Secretary of State Colin Powell, Mellody Hobson, co-CEO of Ariel Investments (No. 1 on the BE ASSET MANAGERS List with $11.6 billion in assets under management) and JPMorgan Chase CEO Jamie Dimon on wealth building in black communities.

Together, these activities introduced Advancing Black Pathways, the audacious initiative from the nation’s largest bank to drive prosperity for African Americans while addressing persistent racial and economic barriers to wealth creation in partnership with a range of influential companies, organizations, and leaders. In fact, the Advisory Council includes Powell, Hobson, Carter, former Secretary of State and Stanford Business School Professor Condoleezza Rice, National Urban League CEO Marc Morial, and Sundial Brands Founder and Essence Communications Owner Richelieu Dennis. In addition to designing financial management programs and career development opportunities, business expansion represents a core component of ABP. Asserts Dimon, who has mandated initiatives such as Advancing Black Leaders to promote African American talent within the firm and AdvancingCities to use public–private partnerships to rebuild urban hubs like Detroit: “One of our responsibilities as a firm is to expand opportunities for everyone. We’ve seen great success with our targeted efforts to create opportunities for women and veterans. I’m confident that Advancing Black Pathways will be equally successful and a model for other organizations.”

Dimon’s certainty is in large part due to ABP executive sponsor Duckett who has a laser-beam focus on its game-changing impact. (Sekou Kaalund serves as managing director and Head of ABP.) The following are edited excerpts of Duckett’s recent interview with BE about the program’s significance:

What has been the evolution of ABP? Heading into 2020, what does success look like in terms of goals and objectives?

You said at the very beginning, “the evolution of the program,” and that’s exactly what it is in terms of always trying to do more and challenge ourselves on how can we make more of an impact, and for this conversation, specifically within the black community. As I think about Advancing Black Pathways, it’s really the same way I think about everything that we do at Chase, and clearly, as I think about how I lead the Consumer Bank. It really starts with being intentional about what we’re looking to accomplish. As you should see when you look at our business performance, it’s with that intentionality that we are making improvements with our customer experience, delivering the results for our shareholders, or all the work we’re doing in communities.

What do you view as the major obstacles that need to be addressed?

Opportunity is not distributed equally, but we all know that talent is. Being black and really focusing on this initiative, it really rings true. I would highlight two challenges. We know that the economic wealth gap facing black Americans is stark. We also know [about] the business gap, in terms of people of color owning businesses at the same rate as whites. That outcome would mean or result in 9 million more jobs and $300 billion in worker income. So Advancing Black Pathways is really focusing on expanding economic opportunity for black Americans.

Usually, when you look at a program like this, it focuses on minorities, and depending on how that’s defined, that term can be expansive or narrow. Chase, however, seems intentional in its multipronged focus on African Americans as opposed to other ethnic groups and races.

Absolutely. And I think that’s important. Having this intentionality means that as we think about metrics and outcomes, we are not putting it all together to say collectively we made progress but looking specifically at how we’re making progress within the black community.

That is why advancing is at the top of the name. The reason why we said pathways is because we know that to make this impact, it’s not enough to have one path. So as a community, as a business, all of these different pathways and solutions have to be connected in order to advance the progress of African Americans. It’s not a straight line. Think about the work we’ve done at the firm already, like Advancing Black Leaders, the Fellowship Initiative, Entrepreneurs of Color Fund…the work that we’re doing with low- to moderate-income communities, the financial health efforts that we’re leading and are super passionate about. That’s an example of recognizing it’s not one thing that’s going to advance the economic impact for black communities. It’s all of these pathways and the intersection of them that gets you to the outcome.

What are some innovative initiatives in which black business may benefit?

We [announced] hiring 1,000 black scholars over the next several years, whether that’s through our summer internships [or] our apprenticeships. By giving them access to an earlier start, that will lead to greater opportunity for success when they enter the workforce. But I would also say it’s not just the number of interns, it’s what we’re going to do around that strategy that I think is going to be meaningful. One example is to have our interns [spend] two to three weeks supporting a black business. So it is about understanding a problem that a black business is trying to solve and taking some of the best young minds that come to JPMorgan Chase to work with that black business on a particular effort so that we’re lending our human capital, giving these interns exposure, and then ultimately, collectively demonstrating the intersection between small business and JPMorgan Chase. I’m super excited about that.