(REUTERS) – Opponents of policies used by universities to increase their numbers of Black and Hispanic students asked the U.S. Supreme Court on Thursday to prohibit Harvard University‘s consideration of race in undergraduate admissions in a case that could end such affirmative action programs.

Blum previously backed a lawsuit by a white woman challenging the affirmative action admissions policies of the University of Texas, leading to a 2016 Supreme Court ruling upholding the consideration of race in college admissions.

Legal experts have said the appeal offers the Supreme Court a possible vehicle to end more than four decades of allowing race as a factor in higher education admissions. Now with a 6-3 conservative majority, the court has moved rightward since the 2016 ruling.

“It is our hope that the justices will accept this case and finally end the consideration of race and ethnicity in college admissions,” Blum said in a statement.

Affirmative action is a policy under which racial minorities historically subject to discrimination are given certain preferences in education and employment.

Blum’s group, which includes Asian-Americans who were denied admission, argued that Harvard’s actions violated Title VI of the Civil Rights Act of 1964, which bars racial discrimination under any program receiving federal financial assistance.

Harvard in a statement said its admissions policies are consistent with Supreme Court precedent and it would defend its right “to seek the educational benefits that come from bringing together a diverse group of students.”

Blum’s group sued Harvard in 2014, accusing it of impermissible “racial balancing” to make it easier for Blacks and Hispanics to win admission at the expense of Asian-American applicants, and did not narrowly tailor its use of race.

Yale in a statement said it remains committed to assembling a diverse student body. It said the lawsuit “resurrects the misleading statistics, factual errors, and legal misstatements that the Trump administration included in its suit.”

Many U.S. universities maintain affirmative action programs in admissions, arguing that having a sizable number of minorities enrolled exposes students to varied perspectives and enhances the educational experience for all students.

(Reporting by Nate Raymond in Boston; Editing by Will Dunham and Lisa Shumaker) 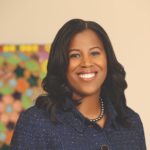 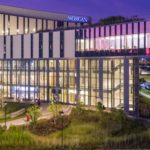