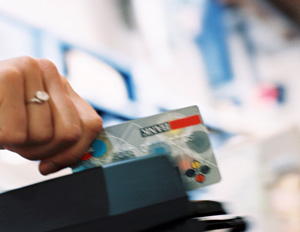 Black buying power is expected to reach $1.1 trillion by 2015, according to The State of African American Consumer Report. The report, the first of yearly installments in a three-year collaboration between Nielsen and the National Newspaper Publishers Association, analyzes the buying power and media consumption of African Americans.

The study on African-American consumer trends found that the percentage of Black people attending college or earning a degree has increased to 44 % for men and 53 % for women. The number of Black households earning $75,000 or higher grew by almost 64%.

Growth in affluence, social influence and household income will continue to impact the Black community’s economic power, according to Nielsen.

President Barack Obama welcomed African American leaders from around the nation to Washington, D.C. on Wednesday to discuss his contributions to the Black community and what he can improve upon. Attendees ranged from community leaders and professors to elected officials and faith leaders.

“Part of the function of this gathering is for you to share your ideas, your best practices,â€ the president said to participants. “Let’s do some brainstorming, we want your input, we want your ideas.â€

The White House has released a new policy report outlining the Obama administration’s achievements in the African American community.

Read more at The Boston Globe…

Less than four months before the Oscars airs, the Academy is scrambling to fill crucial roles after Eddie Murphy dropped out as host of the show. The news comes just one day after his friend, Oscar co-producer Brett Ratner, resigned.

Ratner bowed out on Tuesday morning because of attention brought on by his public use of an anti-gay slur, and a subsequent discussion of his sexual habits on Howard Stern‘s radio program.