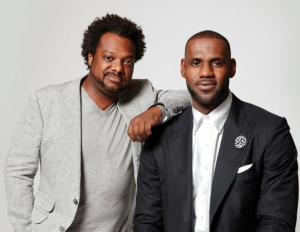 An African American woman-owned business, Yolanda’s Construction Administration & Traffic Control, has won over NBA star LeBron James and his team at CNBC prime-time series Cleveland Hustles, which held a #PitchLeBronContest. Yolanda’s Construction is the grand-prize winner among small business owners across the country competing for the once-in-a-lifetime chance of getting a social media endorsement from James, the show’s executive producer, plus a promotional package from CNBC.

Based in the Bayview Hunters Point area of San Francisco, Yolanda’s Construction offers a range of administrative, community outreach, stakeholder communication, and traffic control services to support public and private sector clients on a variety of engineering-construction projects. It currently employees 14 people with annual gross sales of $1.7 million.

Owner Yolanda Jones submitted a pitch via Instagram, sharing the story of her company. She conveyed her passion for the business and the importance she sees in flagging services that not only save lives on construction sites, but also provide jobs.

She also expressed how an endorsement from LeBron James meant getting the word out to those in need of jobs, encouraging them not only to look into her business, but also join unions and learn trades that would make them productive contributors to their communities. “This connected so strongly to not only the mission of the contest, but also to the Cleveland Hustles mission, showing the incredible value of businesses that reach into their communities, offering not only services, but also jobs and prosperity in revitalizing areas,â€ according to the show’s organizers.

“We looked through hundreds of submissions. At the end of the day the real factor was did the company inspire other small businesses to think about growing. The other big piece was [is this] company creating opportunities and jobs within their communities,â€ says Cleveland Hustles host Bonin Bough. Cleveland Hustles is about investing in companies that can revitalize their neighborhoods block by block, Bough told BlackEnterprise.com.

The premise of the show is for eight investors to choose two entrepreneurs each who launch pop-ups to prove which one deserves the investment. In the last four episodes of the show you see the entrepreneurs bring the business to life all the way with the grand opening, explains Bough. The winner gets $200,000 of that investor’s own money–in exchange for equity or structured as a loan.

The biggest problems business owners have are lack of access to capital and lack of knowledge on how to grow and scale their companies, notes Bough. “We are trying to identify companies that will have a real impact on the economic success of their communities.”