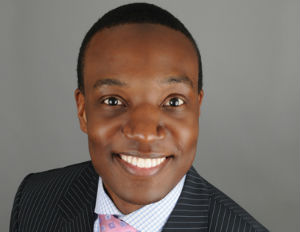 At the first day of the African American Festival in Baltimore, we caught up with Kwame Jackson, an alumnus of “The Apprentice” and CEO and founder of Â of Krimson by Kwame. This business leader knows more than a thing or two about success, havingÂ co-founded several Web, held sales and marketing roles at Procter & Gamble, and on Wall Street as an investment manager for Goldman Sachs.

Jackson joined Valeisha Butterfield-Jones today at the festival in an empowerment talk and book signing, hosted in the Pepsi tent.

“Pepsi is really expanding its efforts in the African American community to empower elevate and entertain with their brand, and I’m part of that effort. They’re a great partner and I’m really excited to be here,” Jackson said.

BlackEnterprise.com caught up with Jackson on three quick tips for success and leadership for young black men on the come up.

2. It’s all about how you deal with being told no. Everybody’s going to tell you no, but do you internalize it and take it personal, or, as Kanye West says, let the nos fuel your dreams and determination? That’s what’s important.

3. Realize there are others out there to look to for inspiration and mentorship. Find that person that you see—and you might or might not know them at all—who you’re trying to aim to be or achieve what they’ve achieved and emulate them.