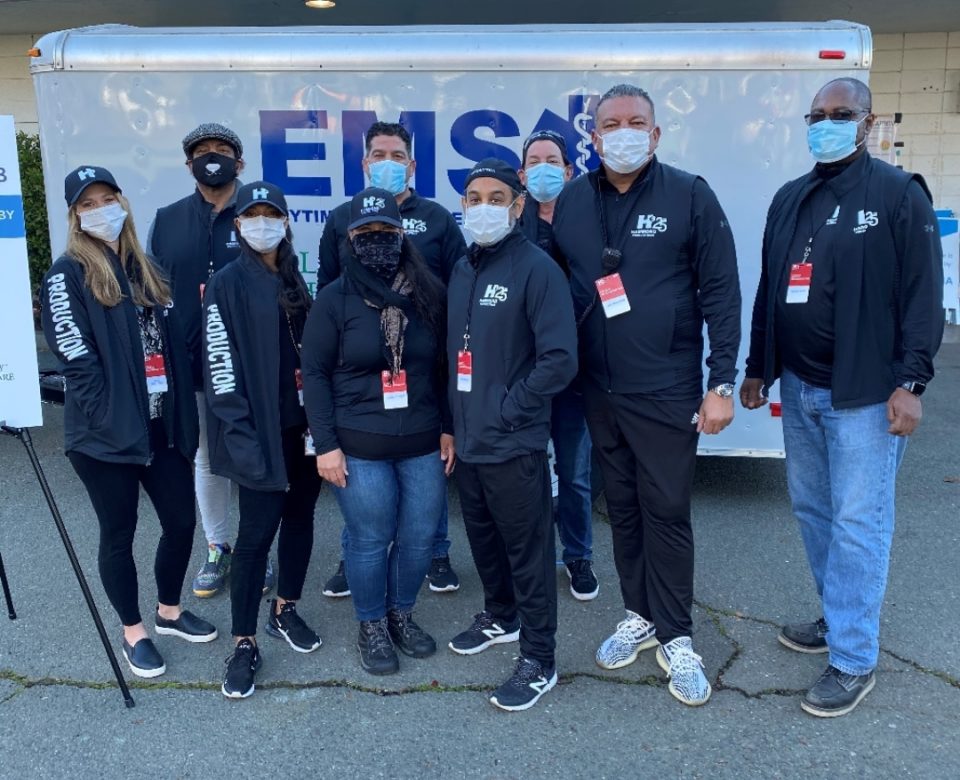 The sight of medical needles usually make most people cringe but at Solano County
Fairgrounds in California, receiving vaccine injections has moved some underserved individuals to release tears of joy and gratitude. Bill Hammond—a Southern California resident—is the man behind the organized effort of this COVID-19 fighting operation.

Hammond said he worked with superstars like Beyoncé and Jay-Z before the pandemic began. Over the last 26 years, his special events production company called Hammond Entertainment has successfully produced national and international concerts, tours, and private events. But when the pandemic led to live events being shut down, the scheduled events handled by the company had to be postponed. The business owner is positively impacting lives, by getting the vaccine in the arms of underserved people, from the elderly to migrant fieldworkers who work in Napa Valley’s wineries, with the help of Solano County and Kaiser Permanente.

Hammond explained that a Kaiser Permanente hospital contact called him to request help getting the vaccine to the underserved. The request to get operations and logistics up and running for the completion of 1,500 vaccinations a day could have been a tall order. However, Hammond put together a contract, quickly located a venue, and also assembled a capable team. And now, he estimates that 180 people who were impacted by COVID were employed. The team works in operations— from parking to staffing and management. Tour, road, and production managers who have all been sitting home for a year since the entertainment industry’s live events tapered off were eager to pitch in and work with Hammond.

“We started as 1,500 (vaccine goal) a day, but I could easily do now 4,500 a day without a problem. If I had 25,000 Moderna and Pfizer vials a week, I could fill them and put needles in arms, but every week it’s about allocation,” Hammond said, in an interview with Black Enterprise.

Hammond, who described himself as an expert in logistics, explained that approximately 53,000 vaccinations had been provided to people who needed them—in just 17 days. And to date, 56, 713 vaccinations have been administered. If more vaccines were available, more people could be served. It is a matter of limited supply coming from the state.

Benjamin Gammon is an experienced paramedic, manager, and supervisor. When he works with Hammond’s clinic in Vallejo two or three days a week, he hears positive comments about the important work that is being done there.

“I feel that we accomplished a major hurdle here. This is a rollout like we’ve never seen with a vaccine,” Gammon said, also mentioning 6 feet social distancing requirements, and the need for 15-minute evaluations. “There’s a lot more logistics of trying to figure out how to do that. I believe that Solano Fairgrounds, where the Hammond Group has definitely, completely turned this fairground(s) around into what I can best explain as close as I can to an event.”

Hammond said that the complete build-out of the operation has been highly successful. He is humbled by the outcome. Other people from other regions are reportedly coming to find out why their model works so well.

“I’ve worked with mostly every star in the world on a stage, but by far, this is the biggest star I’ve ever worked with—the vaccine,” Hammond said.