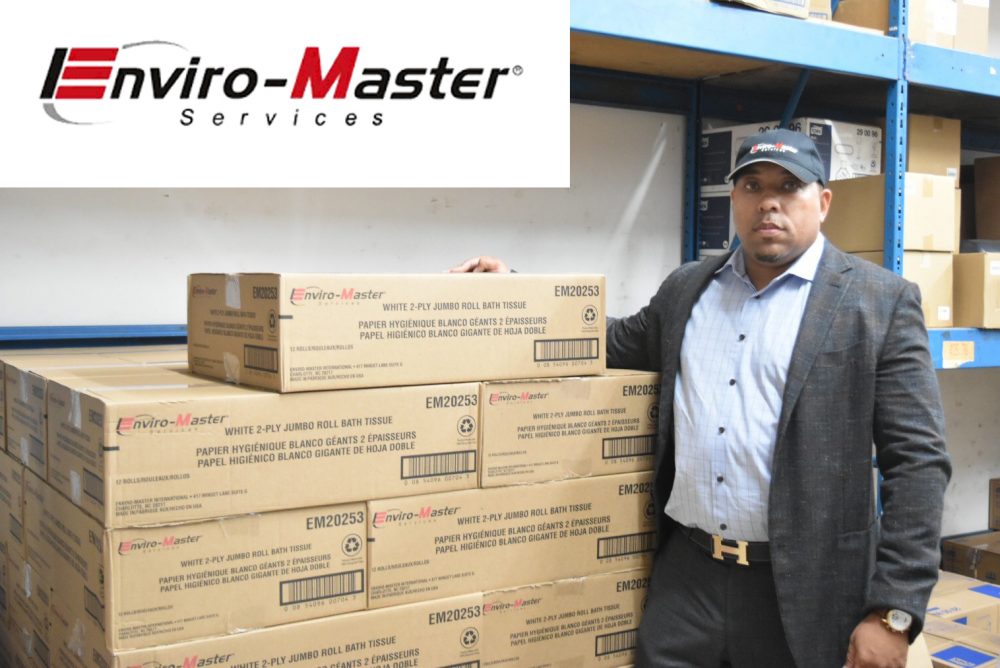 Brandon Laster is a successful franchise owner now, but to get there he’s had to overcome obstacles most people will never experience.

Laster grew up in Chicago and had a father that most would consider a role model when it comes to entrepreneurship. Benjamin Laster had owned a Checkers Hamburger franchise since the early 1990s, as well as a Popeye’s Chicken and a McDonald’s. Brandon was no stranger to business ownership, however. While his father’s Popeye’s Chicken location was in Chicago, his office of operations was headquartered in Washington, DC. This meant that while Laster knew his father was a successful fast food franchise owner, he wasn’t exposed to the day-to-day operations of the businesses. Laster is the first to admit that as a young man, he had a bit of a “know it all” attitude and while he was given the opportunity to work in his father’s Popeye’s, he felt he should be running the place—overnight. His father did not agree.

With that, Laster decided to strike out on his own and go into club promotions. He failed miserably. He paid out more money than he had, with more cancellations than bookings. He spent much of his time looking for ways to get rich quick. Those short cuts and bad decisions eventually led him to an eight-year sentence in Leavenworth Federal Prison. While there, Laster had a lot of time to think and plan. When he realized he had about a year and a half left on his sentence, it was time to get serious about life after prison.

His father had sold the Popeye’s location in Chicago, and Laster had no intentions of moving to D.C. to work in the Checkers store. That’s when Laster came up with idea to write letters to some of the top CEOs in the country. “I felt it was a waste of time to go the normal route and write to human resources or hiring managers. Those resources had no reason to take a chance on me,” he shares. “I also knew that if the person at the top was willing to take a chance on me, they probably would be willing to mentor me to help ensure my success and protect their reputation.” Despite the negativity he received from both prison staff and fellow inmates, Laster knew he had nothing to lose.

As a result, Laster received job offers from over 15 major companies, including Nike, Starbucks, Walgreens, U.S. Foods, and Granger. But it was an offer from Pat Swisher, a lifelong entrepreneur who started Swisher Hygiene in 1983 and was a pioneer in franchised hygiene services for commercial restrooms, that Laster could not turn down. Laster chose to contact Swisher because they had something in common—being a convicted felon. In 2002, Swisher served 18 months for tax evasion related to his personal finances, after he had shepherded Swisher Hygiene into operations in 23 countries, serving more than 100,000 clients and with annual revenue of $22 million from his 140 units.

“Pat didn’t just offer me a job, he offered me a career,” Laster says. “Having been where I was, he knew I was more than my ‘record.’ He told me that as long as I was willing to work hard, he welcomed me to his team.”

Upon his release in May 2018, Laster became a Territory Sales Representative in Chicago, working for Ruben Reyes, franchise owner of  Enviro-Master Services, which Swisher founded in 2009. Like Swisher Hygiene, Enviro-Master specializes in franchised hygiene services for commercial restrooms.

From Sales Star to Franchise Owner

“I couldn’t let Pat down, so my only goal was to kill it in sales,” Laster says. “I didn’t even realize the impact I was making on the business, until they told me I had brought in $300,000 in sales in my first year.” After that first year, Reyes approached Laster about becoming his partner. Brandon didn’t have the resources to make that happen, so he turned to his father. After seeing his son’s outstanding performance and the impressive revenues, he was ready to invest.

Reyes, Laster, and his father are now partners in the business. They have contracted with 131 new customers since Laster started with the business—resulting in $1.9 million in sales. In the next two to three years, their goal is to do $5 million in sales. “We believe the market is still hugely untapped,” Laster says. “We have 615 customers in Chicago, which may seem like a lot, but hundreds more [are] possible.”

But Laster isn’t just about making money as a franchise owner. Because of his prison experience and the opportunity Swisher provided for him, Laster is compelled to pay it forward. “When I’m out signing on new customers, I take the opportunity to speak with owners about hiring guys like me. As a result, I’ve been able to get jobs for four men getting out of prison.”

So, what advice does Laster have for aspiring entrepreneurs that are allowing fear to stop them from achieving their goals? “You are your biggest asset, but you have to believe that. You almost have to make yourself ‘rejection proof,’ meaning, don’t let the no’s discourage you. No’s are a part of life. If you can’t get past the no’s you should question if this is the right decision in the first place.”