'Aht Aht!' Ayesha Curry Shuts Down Rumors of Being In An Open Marriage With Steph Curry 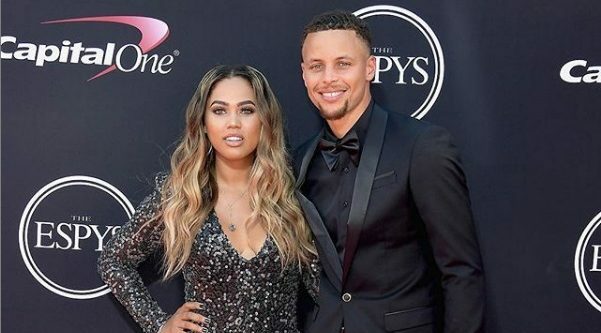 Ayesha Curry is not here for the baseless rumors accusing her and Steph Curry of having an open marriage.

The mother of three recently responded to one troll who tried it in her comments. Ayesha was minding her business and fangirling over her man in peace when someone tried to press her about the open marriage rumors.

But there was one onlooker who took it as an opportunity to get into the Curry’s business and pass judgment about the word on the street.

“But yet you still want an open relationship smh,” the critic wrote in a comment captured by The Shade Room. “If I were him you woulda been sent to the streets already.”

However, Ayesha had time that day and decided to respond to the Instagram user and anyone else who believes the groundless accusations.

“Don’t believe everything you read,” Ayesha wrote. “Do you know how ridiculous that is? Don’t disrespect my marriage like that. Please and thank you.”

Late last month, rumors spread that accused Steph and Ayesha of entertaining side “hookups” and flings” outside of their union, The Jasmine Brand reported. According to an anonymous report, the gossip blog site @Deuxmoi posted in its Instagram Story, someone claimed an unnamed NBA player wasn’t as faithful as everyone thinks.

“Have it on good authority that this well-known NBA couple aren’t as faithful in love as their social media and image make them out to be,” the post claimed.

“They both have side hookups and flings but keep it very private to keep up the perfect family image they show to the world. I was shocked to learn, they’ve been together for so long.”

However, Deuxmoi is an Instagram page known for exposing the alleged secrets of celebrities and isn’t considered a credible source for news. Outside of the platform, there have been no other reports about the Curry’s being in an open marriage, and it’s also worth noting that no one’s name was even mentioned in the initial claims.

Someone choosing to bring these rumors to Ayesha’s comments is low. But good thing Ayesha took some time to shut the gossip down.