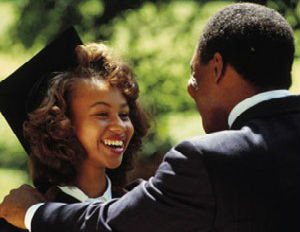 When my daughter went off to college five years ago, several of her friends also pursued higher education. One young man, though, took time off after his freshman year to work and earn money so he could pay for his studies.

I remember when people routinely worked their way through school–before costs were as high as they are now.Â But this young man attended neither a City University of New York nor a State University of New York school, both of which charge relatively low tuition. He attended a small liberal arts college–which charged more than $50,000 a year. There was no way he was working his way through school.

Unfortunately, the young man eventually dropped out. We don’t know whether he transferred to a lower cost school or not.Â Perhaps he could have been helped by the emergency aid that many colleges offer to students who are struggling financially, had his school offered it.

According to Inside Higher Ed, a growing number of colleges are making small amounts of institutional aid available to students in need. No school is giving out grants of $50,000, unless you attend one of those schools that promise to meet all financial needs. So, perhaps my daughter’s friend still would’ve had to drop out. But for students who need money to buy books or to purchase a bus ticket to visit a sick relative, aid may be available.

A reportÂ released earlier this year described microgrant programs at 10 public research universities. The programs come in a variety of flavors, from fairly restrictive to notÂ restrictive at all. Some microgrants are actually loans, which the Center for Law and Social Policy discourages institutions from offering.

How Colleges Can Improve Emergency Aid

Although this form of institutional aid has been shown to help retain students and get them over the graduation threshold, there is room for improvement in the way the aid is administered, according to a reportÂ released last week.

The report made five suggestions:

Although, I wonder how many students drop out because they don’t know such aid is available.

Be sure to develop relationships with the folks in your school’s student affairs office. Such offices often know about this aid and are called on to identify eligible students.