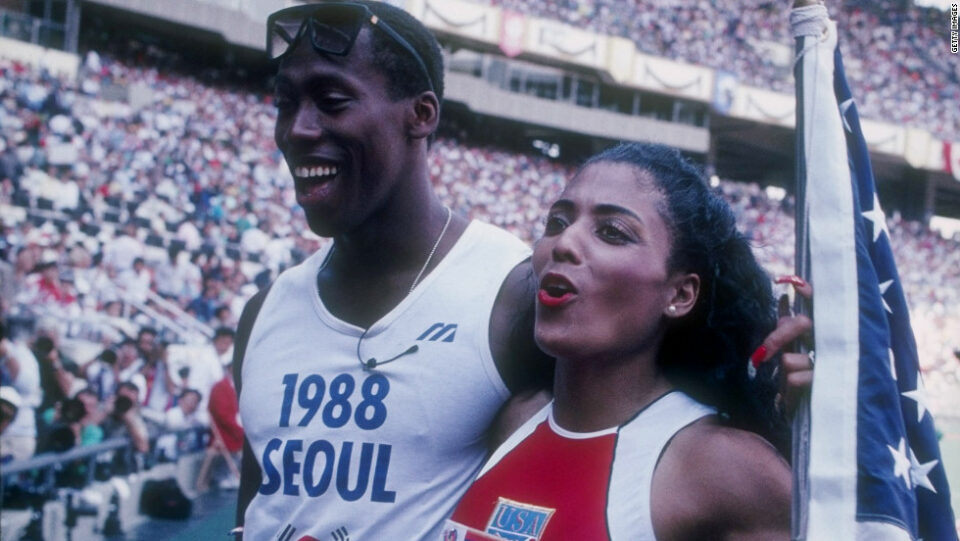 According to Yahoo, Nezhoda recently purchased Flo-Jo’s memorabilia collection from a friend who acquired her storage locker for several thousand dollars eight years ago. The collection includes Flo-Jo’s legendary Olympic jacket and 1988 autographed track shoes, which she wore when she won gold in the 100m and 200m in the 1988 Seoul Olympics. Rare photos and autographed Flo-Jo Barbie dolls were also included.

After the story went viral, members of Flo-Jo’s family contacted Nezhoda with the hope of buying the collection back. Within days Joyner and Nezhoda struck a deal.

The emotional interaction was caught on YouTube, where Nezhoda said he was happy to return the collection back to Joyner’s family–for a price—instead of putting the items up for auction. Al Joyner met with the dealer in San Diego.

The two men discuss the items in the collection including a weight belt she used for training that Joyner was excited was back in his possession.

“That was something that we did together,” Joyner says, noting how he helped design the belt’s bright colors.

Flo-Jo won a silver medal at the 1984 Olympic games along with three gold medals and a silver at the ’88 games. In addition to her wins, the track star was known for her shining personality off the track and her fashion on it which included her long, acrylic nails.

Joyner died in her sleep in 1998. Doctors later determined the cause of death was suffocation from a severe epileptic seizure. After her death her husband let her storage lockers go, not realizing how much stuff they contained.

Once the story of the collection went viral, Joyner said he was determined to get his late wife’s collection back. Comedian Tiffany Haddish is currently producing a biopic on Flo-Jo that she will star in as the Olympian.