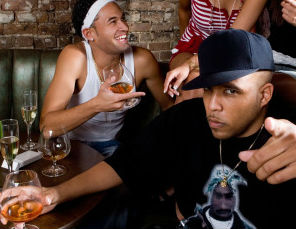 Through magazines,Â  television and radio, black youth are heavily exposed to the culture of alcohol, so much so that they are targeted more than the general population, according to the report. Experts say black youth may be more susceptible to advertisers because African Americans exhibitÂ  higher levels of consumption.

Despite the findings, researchers say that African-American youth are less likely to drink than their Caucasian counterparts, citing poverty, social norms and religion as contributors to a less likelihood of alcohol consumption.