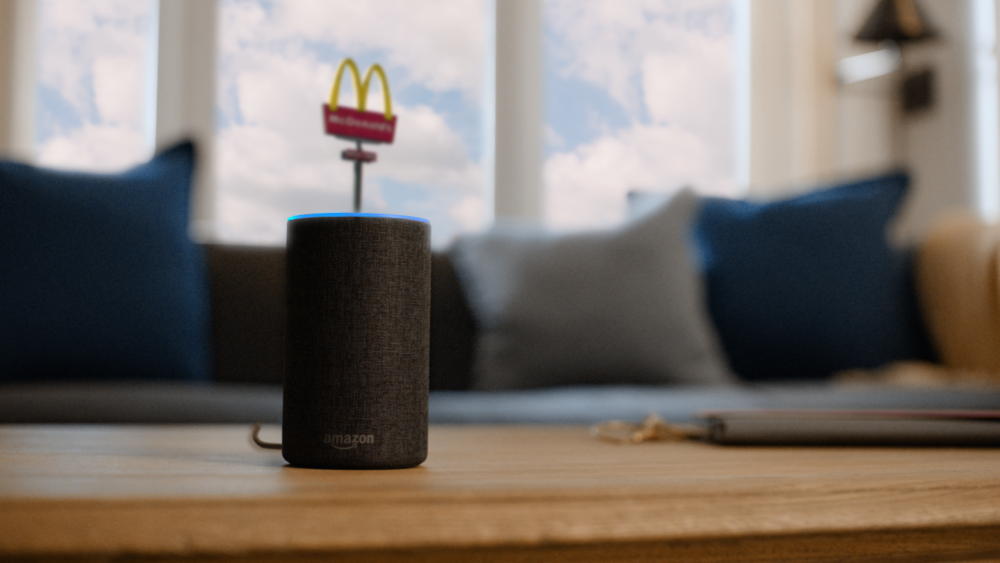 A heap of people in the United States have flipped burgers, made french fries, or served customers working for McDonald’s at some point. The fast-food giant has employed 1 in 8 Americans during its history, the book Fast Food Nation reports. Meanwhile, a sizable number of blacks have become their own bosses as individual restaurant owners for the Golden Arches, creating jobs in urban communities while building their own personal wealth. Robert Pyles, for example, owns 12 McDonald’s franchises in Wisconsin and is one of the largest African American employers in that state. Patricia Williams, who owns 13 McDonald’s restaurants in Los Angeles, created an empire and legacy for her daughters, while Jade Colin became the youngest black owner of a McDonald’s at 26. Altogether, there are some 300 African American McDonald’s franchisees representing over 1,500 restaurants, according to this news release.

And now, more blacks may become part of the iconic hamburger chain by using their smartphone to gain employment with the launch of the McDonald’s Apply Thru initiative.

Calling McDonald’s Apply Thru the world’s first voice-initiated application process, the Chicago-based company says job seekers can use their own voice on an Amazon Alexa or a Google Assistant device to pursue work at the massive fast-food chain.

Candidates can apply at McDonald’s in the U.S., Australia, Canada, France, Germany, Ireland, Italy, Spain, and the United Kingdom. The initiative is expected to be launched in other countries in the coming months.

Users can start the application process by answering some questions, including providing their name, job area of interest, and location. Potential applicants receive a short text with a link to resume the process.

With nearly 38,000 locations in over 100 countries, including roughly 14,000 U.S. locations, McDonald’s calls itself the world’s leading global foodservice retailer. About 95% of McDonald’s U.S. restaurants are independently owned and operated by businessmen and women.

“We must continue to innovate and think of creative, and in this case, ground-breaking, ways to meet potential job seekers on devices they are already using, like Alexa,” David Fairhurst, McDonald’s Executive Vice President & Chief People Officer, stated.

“Alexa has many of the qualities we look for on our teams — friendly, responsive and fun. I am looking forward to having our application process simplified with Alexa.”

The move is part of the company’s larger Made at McDonald’s campaign. The campaign highlights opportunities a first job, part-time job, or lifelong career at McDonald’s can create. In fact, in America, the company reports over 28,401 McDonald’s crew members have gone on to become nurses, 489,302 have made a career teaching, and over 2.4 million have become entrepreneurs.

Officials at McDonald’s report the company and its independent franchisees provide jobs for almost 2 million people worldwide. The chain says it’s committed to inspiring workplaces where everyone—from crew to C-suite—is equally supported and empowered to realize their full potential.