Editor’s Note: Originally from the United Kingdom, social media pro Alex Bryant gives new meaning to the word “influencer,” having already earned an Emmy Award certificate from the National Academy of Television Arts and Sciences, multiple student ADDY Awards from the American Advertising Federation and recognition as an Oprah Winfrey Network Ambassador. Among those who nominated Bryant for recognition is one of his former professors at Angelo State University, Edwin Cuenco, who says “Alex has been a transformational voice for change. His influential leadership has helped advance [his employer’s] diversity and inclusion initiatives and boost the organization’s international outreach efforts with an increase of 4.8 million new social media impressions.”

Throughout my work as a social media pro, and in graphic design and television production within the entertainment and advertising industries, I always try my best to align my work with helping others fulfill a part of their unique destiny.

As social media manager for ACM SIGGRAPH, one of the world’s largest computing societies, I am surrounded by dedicated multicultural professionals in the computer graphics industry and academia who all work together to cultivate a welcoming community for art, design, and technology.

During my primary (elementary) education in the United Kingdom, I was placed into a special needs program because of a speech impediment. I also had difficulties with learning lessons at the same pace as my fellow classmates. Despite my placement in this program, I knew I was able to participate in the standard exams instead of using modified learning methods. My placement into the program during this period of my life also led to extreme bullying from some peers.

As the standardized exams began in year 5 (4th grade), I saw this as my chance to prove that I did not belong in that program. Through determination and hard work, I knew I could pass those tests. A month prior to the exams, I asked my parents if I could attend after-school tutoring to advance my learning skills, which they openly supported. Attending tutoring meant missing out on evening family outings, video games with my younger brother, and hanging out with friends, but I knew my efforts would allow for more opportunities both personally and academically.

In the end, I not only passed my exams, but I scored higher than anticipated for my age group. Given my dramatic improvement, the national exam reviewers refused to believe my scores at first and demanded that I retake my exams. My family and I reluctantly obliged, and I was proud to demonstrate that I performed with nearly the exact same score. A week after the tests, I was no longer required to be in the special needs program and was moved into the second highest learning set of students in my English, math and science classes. This pivotal moment of my childhood became the motivational force I needed to continuously reach higher in all my endeavors as well as encourage others to propel to their highest potential.

WHO IS YOUR GREATEST MALE ROLE MODEL AND WHAT DID YOU LEARN FROM HIM?

My greatest male role model is the late Dr. Martin Luther King Jr. From a young age, he taught me that we all have the responsibility to be of service. I strive to honor his dream and legacy by reminding myself of one of his most significant quotes: “Everybody can be great, because anybody can serve.”

Since graduating with my B.F.A., I have dedicated part of my time to mentoring underrepresented youths through speaking engagements, workshops, and social outreach. Through these acts, I encourage others to showcase their talents, voice, and remind them that their perspective matters.

As a founding member of ACM SIGGRAPH’s Diversity and Inclusion committee, I work to support the initiative to allow for greater multicultural accessibility and contribution.

As a black man, I take pride in my ancestors sacrifices and achievements. Their labor paved the way for the freedoms and opportunities I experience today [as a successful social media pro]. 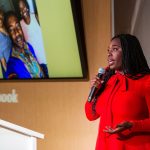 She Creates a Facebook Healing Space for 20,000 Black Therapists

Is Social Media Impacting Your Net Worth?

FacebookTwitterYoutube
← She Creates a Facebook Healing Space for 20,000 Black Therapists ← Is Social Media Impacting Your Net Worth?
×
'