3 Keys Habits to Being Punctual; Say Goodbye to Chronic Lateness 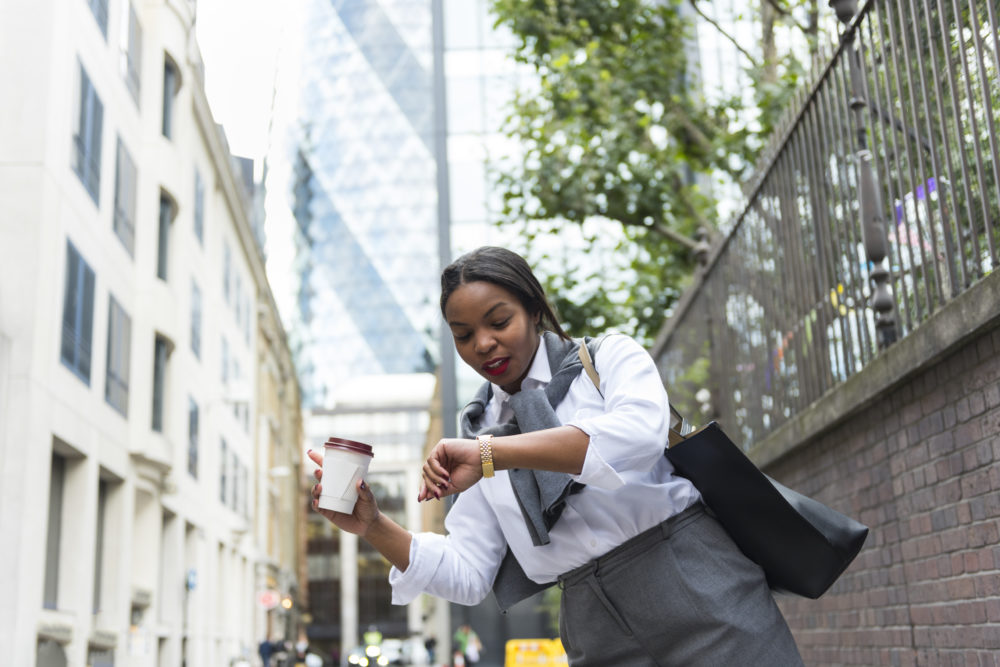 Do you have a chronic lateness problem? Do you have a problem being punctual?  Be honest with yourself. We won’t call you out, but you know who you are. If you don’t, then here is a clue: You miss deadlines and appointments at least 30% of the time (leaving behind lost opportunities and a damaged reputation). Need more clues? Here are a few others:

Every encounter begins with an embarrassing apology and/or an elaborate explanation. You often exaggerate — sometimes you even lie.

You are often in hot water with family members, friends, and supervisors who are frustrated by your habitual tardiness.

People resort to giving you false deadlines in an effort to trick you into being on time.

You often cancel plans at the last minute (or just fail to show up), choosing absence over the embarrassment of having to explain yet another extremely late arrival.

The truth is, most punctually challenged people are fully aware that they are habitually late, but few understand why and how they fell behind schedule, let alone how they can catch up once and for all. According to Diana DeLonzor, a time-management expert and author of Never Be Late Again: 7 Cures for the Punctually Challenged (Post Madison; $13.95), figuring out why you are chronically late is critical to your ability to move out of the behind-time zone and into the in-sync-with-the-world zone, where punctuality is expected and rewarded.

Symptoms of chronic lateness are similar to other self-destructive patterns, such as gambling, eating disorders, and alcoholism. All of these habits have the potential to damage and even destroy careers and long-term relationships. But because chronic lateness is less socially unacceptable than other habits, we rarely go beyond the surface to understand and analyze its root causes. Therefore, we fail to recognize how difficult it is to overcome. However, understanding the root cause is the key to conquering a problem that, while not considered as harmful as other compulsive behaviors or addictions, can be just as devastating to your professional reputation, personal relationships, and self-esteem.

“Most chronically late people actually dislike being late,” DeLonzor, an admitted former “member of the punctually challenged,” explains. So why do they do it? “The motivations are often subconscious, related to personality characteristics such as anxiety, lack of self-control, or a penchant for thrill-seeking. While some people are drawn to the adrenaline rush of that last sprint to the finish line, others receive an ego boost from over-scheduling and filling each moment with activity.”

DeLonzor says that the usual tactics people use to trick themselves into being punctual (such as setting their alarm clocks ahead by an hour) do not work. “It doesn’t matter what time chronically late people get up in the morning,” she says. “Instead of using the extra time to arrive to their destination early, they just find more things to do before they have to leave.”

But it’s not entirely hopeless. If you recognize chronic lateness as a serious problem, rooted in everything from childhood experiences to your family and cultural background, you can adopt strategies to change your routines and your perception of time — how much you have and how to use it. Here are a few of DeLonzor’s recommendations:

3 Keys Habits to Being Punctual

Keep a time log. For a week or two, write down how long it actually takes to complete tasks and to get to where you have to be. Use a watch or clock to actually time yourself, and be as detailed as possible: How long do you really take in the shower? How long does it take to brush your teeth or to get completely dressed? Compare how long things actually take to what you previously assumed. According to DeLonzor, chronically late people tend to underestimate the passage of time.

Choose a mantra. Some examples: “Does this really need to be done now?” “Is this really my priority?” “Things don’t have to be perfect.” Many chronically late people lose track of time because they are focused on filling every moment with activity. For example, a chronically late person knows they have 25 minutes to make an appointment, and they can get there in 20 minutes. Instead of leaving five minutes early, they choose to use the extra time to get something done (clear the dishes out of the sink, and maybe wipe down the counters — and the floor could use a quick sweeping…), rather than arrive at their appointment a couple of minutes early.

This “just-in-time” mentality results in lateness because it leaves no margin for error or unexpected delays. DeLonzor’s advice: The next time you are rushing to do “just one more thing” as a deadline approaches, stop for one second, take a deep breath, and repeat your mantra. This will help you break from mindless activity and be conscious of the time, allowing you to focus on your priority — staying on schedule.

Walk on the wild side — try being early. “Chronically late people have a subconscious belief that being early is a waste of time,” says DeLonzor. “To them, it makes absolutely no sense to do anything until it absolutely must be done.”

To change this mindset, each morning, write down three things you’ll do early that day — for example, picking up your dry cleaning before you run out of clothes for work, or paying a bill before the due date. Each week, try to complete a task a day before the deadline. Or choose one meeting a month, and find out what it’s like to be sitting calmly at the conference table, relaxing with a cup of coffee, 10 minutes early, instead of the usual stress and embarrassment of frantically rushing in 10 minutes late. Once you get a taste of the benefits of punctuality, it will motivate you to trade the adrenaline rush of chasing the clock for the confident power of being in control of your life.