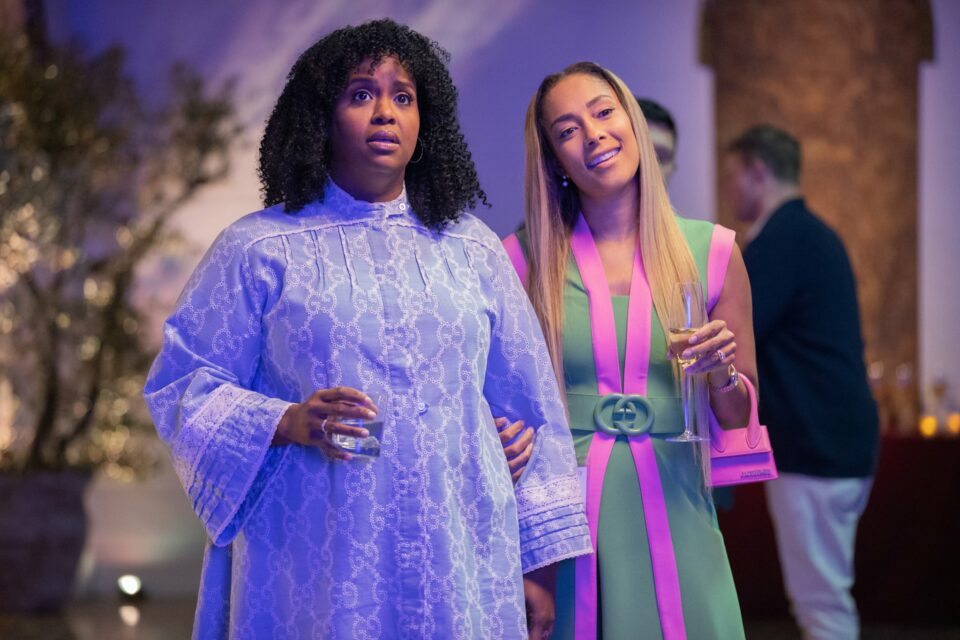 Well, it looks like Issa Rae and the “Insecure” show creators might have a lawsuit on their hands for including the official AKA shield in their season 5 premiere episode.

Amid pink and green backlash over Amanda Seales’ character Tiffany DuBois wearing official AKA paraphernalia in the episode, the organization’s executive director is speaking out and asking her sorors to let them handle it.

“We were made aware of the unauthorized use of our brand on the HBO show Insecure early yesterday morning (Monday, October 25, 2021) and are taking steps to protect our brand,” AKA Sorority Inc. Executive Director Cynthia D. Howell said in a statement.

“Please allow the corporate office to handle this matter. We all have a duty to protect our brand. You can do your part by refraining from engaging with anyone involved with the show or with anyone, including other sorors, on social media about this matter. Thank you for your continued assistance and cooperation.”

The response comes after Seales and Issa Rae came under fire on Sunday during the season premiere. While it’s been understood that the show’s fictional characters Tiffany and Molly are both AKAs, they were doing a good job at incorporating pink and green attire without actually including real para.

In the past, Molly has been seen drinking out of an AKA mug. But it didn’t get as much attention at Tiffany DuBois’s AKA sweater and jacket that included the organization’s official shield that only actual members are allowed to wear.

But during the season 5 premiere, Seales’ character went all out with the AKA para, and the real-life AKAs let Issa and Amanda have it.

Issa also jokingly responded to one angry AKA on Twitter saying the show would be edited to remove one of the upcoming episodes that possibly had more AKA para included.

But it looks like the social media backlash was only just the beginning and now the organization is coming for Issa, Amanda, and anyone else who thinks they can use the official logo without being an official member.