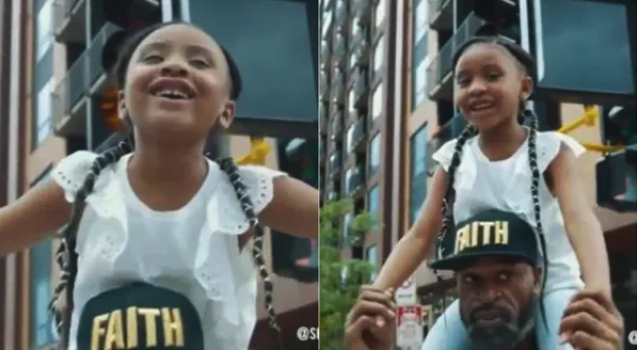 The Alpha Kappa Alpha Sorority (AKA) announced on Friday that the organization is planning on providing scholarships to the daughter and granddaughters of police shooting victim George Floyd to attend an HBCU of their choosing.

AKA International President Dr. Glenda Baskin Glover has notified the family of the gracious gift that the AKA organization, which was founded on the campus of Howard University by Black collegiate women, had made to them.

In a written statement, according to Essence, Glover stated, “Since our founding in 1908, Alpha Kappa Alpha has endeavored to build a better world for African Americans by serving the community, advancing higher education, and fighting for social justice.” She also stated that she hopes the financial support for the young women will help “assist them on their path to success.”

Glover has recently stated during a press conference that when Floyd called out to his mother before he took his last breath, that it was a call for help from all women. Alpha Kappa Alpha plans on answering that call by denouncing police brutality but by also being there for the young women that were left behind by his senseless killing. That includes his six-year-old daughter, Gianna, and also his granddaughters, Taleiaha and Journi. They will each receive full scholarships plus aid. Glover says the Alpha Kappa Alpha Sorority will also be there to support the family in whatever way they can.

Essence reported in a video posted to The Alpha Kappa Alpha Sorority’s social media, Glover says, “Alpha Kappa Alpha Sorority, Incorporated strongly condemns the senseless killings of Black women, Black men, and our Black children, in the United States, resulting from unlawful, unnecessary, and excessive use of force by police and those playing vigilante watchmen.” Glover also stated that the AKAs will continue to fight for social justice issues and push for meaningful reform.

Alpha Kappa Alpha Sorority, Incorporated “had its humble beginnings as the vision of nine college students on the campus of Howard University in 1908. Since then, the sorority has flourished into a globally-impactful organization of nearly 300,000 college-trained members, bound by the bonds of sisterhood and empowered by a commitment to servant-leadership that is both domestic and international in its scope”