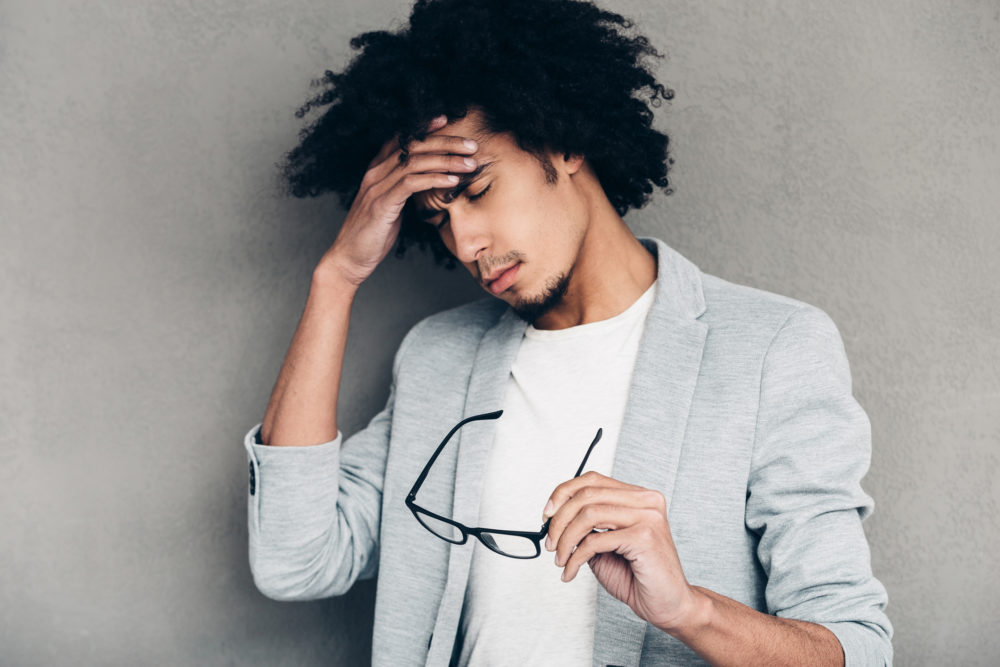 Let me guess: we haven’t even made it to mid-January and you’ve already reneged on your New Year’s resolutions. You may even be thinking about giving up altogether. Well, you’re not alone. According to The University of Scranton, only 9.2% of people will successfully achieve their New Year’s goals, while 42.4% fail to keep their resolutions each year.

Before you give up or give in to that bad habit you vowed to break, consider the following advice and tips.

Some experts believe that people often fall short of their resolutions because they try to address major problems in their life with quick fixes that focus on short-term effects. If you want to nip a bad habit, stop procrastinating, become a better friend or spouse, or develop a better work ethic, then you may need to first address the root causes of those issues. Simply professing that you’ll stop being lazy or tardy in the New Year may not necessarily translate into action. Rather, you would have to assess how and why they started in the first place. These habits could actually be the manifestations of deeply coated insecurities, anxieties, or fears you’ve never addressed. They may have also developed from a past experience or learned behavior you picked up in childhood.

Another reason it’s difficult to follow through on resolutions is that many times they’re too ambitious and not well thought out. Either way, here’s what you can do this year to become a better you.

Don’t Beat Yourself Up

Rather than beating yourself up for cheating on your diet or texting the ex you promised to get over in 2017, you should embrace the practice of self-compassion. According to Kristin Neff, an associate professor of Educational Psychology at the University of Texas at Austin, self-kindness is a strong motivating factor that can help you get back on track after having a weak moment. Whereas on the other hand, when you beat yourself up, you become discouraged and more likely to give up. Neff explains in The Conversation:

A growing body of research indicates that self-compassion is linked to greater motivation. Self-compassion has been associated with increased personal initiative–the desire to reach one’s full potential.

Not only are self-compassionate people less likely to fear failure, when they do fail they’re more likely to pick themselves up and try again.

This shows that being kind to yourself after a mistake actually gives you the emotional support you need in order to try again.

Vowing to get rid of $50,000 of student loan or credit card debt in six months may not be realistic. Instead, try breaking up that resolution into a smaller goal, like saving $100 each week in order to pay off a $500 credit card at the end of the month.

If your objective is to become more financially stable in 2021, then aim to read one to three of these money-smart books in the next three months.

Lastly, if you’re aiming to achieve financial freedom by the end of the year, start by saving an extra 10% of your paycheck and commit to taking a class or reading a book to learn about smart investments that can help you grow your savings account.

Get an Accountability Partner

If you’re struggling to fulfill your New Year’s goals, then you may want to seek counsel from a friend, family member, or mentor that will hold you accountable. Let this person(s) know about your goals and set up weekly check-in phone calls or meetings where you can give an account of your progress. Just knowing that you will have to report your weekly report should motivate you to stay on the ball.

Try revamping your resolutions into a list of attainable and simplistic goals. For instance, if your resolution is to lose 10 pounds by summer or stop eating fast food, then change that into a goal to become more productive and active on the weekends. Join a gym, hire a fitness trainer, or make plans with an accountability partner to workout every week on a set day. You can also jump-start your goal of living a healthier life by committing to eating at least one piece of fruit and one veggie a day.

Even if the first few days of the new year weren’t very successful, don’t let that deter you from giving your best for the rest of the month. Take it one day at a time and don’t give up. We all mess up, but be kind to yourself and remember that changing your lifestyle won’t happen overnight. It’s going to take time and you should expect to trip and stumble along the way.

This article originally published on January 7, 2017.