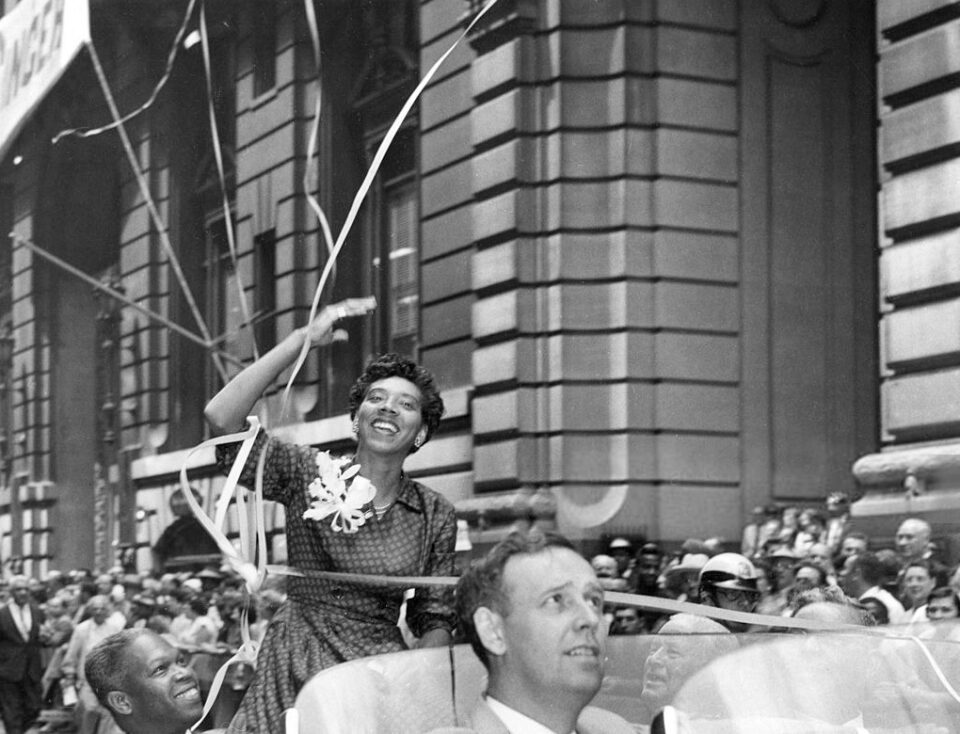 The late tennis great Althea Gibson was one of the first Black athletes to break down color lines and pave the way for equal opportunities when she became the first Black woman to compete at the U.S. National Championships and claim the Grand Slam title.

Today, New York City honors the trailblazer with her own street in Harlem just in time for the 2022 US Open Tennis Championships. This momentous occasion took place during a ceremony last week Thursday on what would have been Gibson’s 95th birthday, NBC News reported. The intersection of West 143rd Street and Malcolm X Boulevard, where Gibson called her home, can now be called Althea Gibson Way.

The street renaming is just another ambitious effort to preserve Gibson’s legacy. With that said, the city of New York is planning to build a statue of her in her Harlem neighborhood. The forthcoming project will be an addition to other statues of Gibson spread throughout New York and New Jersey, including at the USTA Billie Jean National Tennis Center in Queens and the Althea Gibson Tennis Courts in Newark, New Jersey.

“It is imperative that we keep her name alive,” said Katrina Adams, former president and CEO of the U.S. Tennis Association, during Thursday’s ceremony, per the outlet. “It’s the next generation that needs to know that before Coco, Venus, Serena, Chanda, me, Lori, Zina, and Leslie, was Althea. Why? Because Althea came first.”

Born in 1927, Gibson and her family relocated from South Carolina to Harlem when she was young, per History. Though her life fell on hardships, tennis ignited an early champion within her. Gibson was introduced to the Harlem River Tennis Courts in 1941 after winning several tournaments hosted by the local recreation department. Later, she won a local tournament sponsored by the American Tennis Association just a year after picking up a racket. Gibson was crowned with many ATA titles between 1944 and 1956.

After Gibson’s Grand Slam tournament win in 1956, she was the first Black tennis player to win Wimbledon and the U.S. Open in 1957. Gibson was inducted into the 1971 class of the International Tennis Hall of Fame.

Gibson passed away in 2003 at 76 from respiratory failure.

“I always wanted to be somebody,” Gibson once said. “If I made it, it’s half because I was game enough to take a lot of punishment along the way and half because there were a lot of people who cared enough to help me.”