Alvin Kamara, Signed To the NFL's Saints For $75 Million, Has Not Used His Fortune Yet 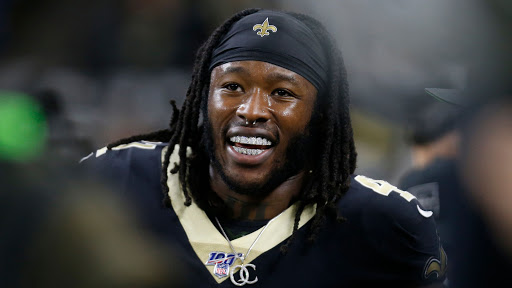 Alvin Kamara, a multimillionaire running back for the New Orleans Saints, has yet to spend his riches.

For clarification, Kamara has not touched the money he has earned playing football from his rookie contract or massive extension with New Orleans.

Related stories: TAKE THE STRESS OUT OF GETTING MONEY FOR HIGHER LEARNING BY USING THIS SCHOLARSHIP PLATFORM

The wealthy four-time Pro Bowl champion said he values his money and does not see himself going overboard any time soon, Kamara told Uninterrupted’s “Kneading Dough.”

“I’ve always known the value of a dollar,” the Georgia native said.

Before signing to the NFL, Kamara, 25, said he has always been a financially conscious spender, CNBC reported. What would constitute a big celebration for him is ordering out a chicken wing dinner.

“I’m like, ‘OK, this is more than I’ve ever had. My mom ain’t never had this much,’” Kamara tells Uninterrupted. “It would be a shame if I got this and lost it. I’m gonna keep doing the same thing I’ve been doing — [spending on] what I need and that’s it. I’m not about to go over the top, I’m not gonna live beyond my means.”

However, the money he does live off is coming from his endorsements, and even those deals are carefully selected to not interfere with his brand.

“I want to be a partner. I want it to be a real relationship to where it’s not just a one-off thing,” Kamara says. “All the brands that I work with I can call directly and talk to a CEO or somebody high up and have a regular conversation with them. It’s almost like a family. We’re working together, but we care for each other.”

He is also fully in control of his own money, and Kamara said he still has the mindset of resorting to his younger self, eating peanut butter on a bread loaf.

“I keep it close like that because of the loaf of bread and peanut butter. I had to do it [before] and I’ll do it again if I have to,” he says. “But there’s no reason I should have to do that again.”