Amazon, JCPenny, Walmart Cash In On Commercialization Of Juneteenth, But Profits Came At a Cost 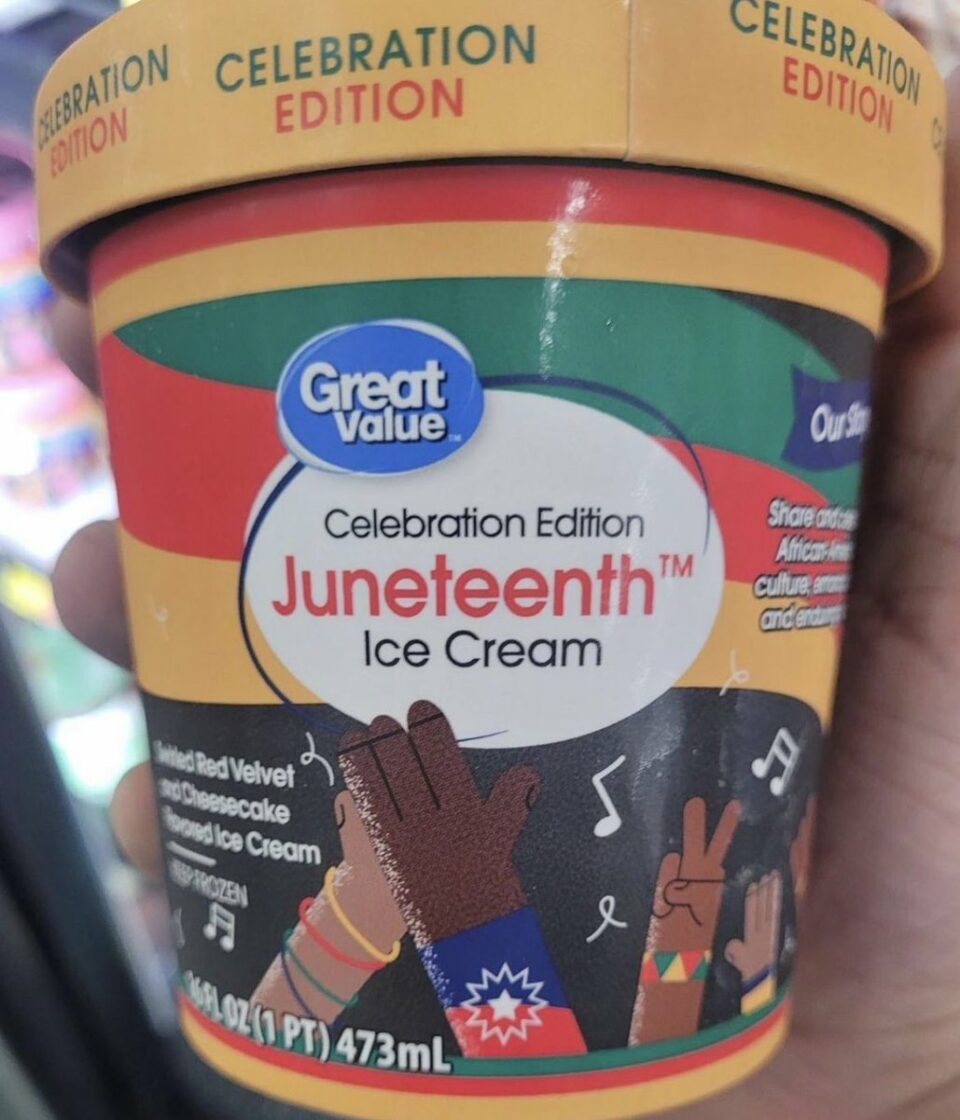 Retailers and marketers wasted no time attempting to profit off Juneteenth with a tidal wave of merchandise including ice cream, t-shits and paper plates.

Nationwide retail chains including JCPenny, Amazon and Walmart quickly pushed Juneteenth merchandise to make a few dollars off the new federal holiday. However, those same companies dealt with an avalanche of blowback for trying to profit off the holiday.

Walmart was forced to apologize after literally stealing its Juneteenth ice cream flavor from a Black vendor whose ice cream it sells in its stores.

Indianapolis Children’s Museum also issued an apology it removed a Juneteenth watermelon salad from its menu and issued an apology on Facebook blaming oversight saying the menu was not reviewed by museum staff.

Many Black Americans believe that an appropriate way for retailers to celebrate Juneteenth is by pushing products made by Black-owned retailers and businesses or investing in initiatives that help Black communities and people such as Black business accelerators.

“This is a serious and reflective moment — I am excited and grateful for the recognition,” Ramon Manning, chairman of the board at Emancipation Park Conservancy, told The Grio. “However, I feel like it is also brought back everybody else out of the woodwork who are opportunists more so than folks who are looking at the history of this country and looking at where a group of people has come from.”

Large companies have a history of commercializing holidays to gain extra revenue. These include Cinco De Mayo, Martin Luther King‘s birthday and Memorial Day, which has been turned into a holiday for all-day mattress sales.

However, Juneteenth hits a different mark. For one, Black people across the country take note of the fact that they’re still fighting for their rights in a country that has discriminated, marginalized and flat-out kills Black men and women to his day with almost no apologies or repercussions while at the same time trying to profit off a holiday most White people knew nothing about until President Joe Biden signed the holiday into law.