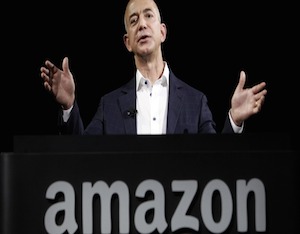 The e-commerce era marked a time when you didn’t have to go to a store to get what you want from it.

Now, fast-forward and Amazon is creating its own true-blue, physical retail store. According to The Wall Street Journal, the e-commerce juggernaut will open its first brick-and-mortar store in the heart of New York City – midtown Manhattan.

The Amazon Store will be located on 34th Street, placed snugly between Macy’s flagship store and the legendary Empire State Building. The aim is to make the Amazon store a physical extension of what the e-commerce company already does online. The store will accept returns, use its mini-warehouse for same-day delivery products in New York, and will enable online purchases to be picked up fast at the store.

For hardcore Amazon fans, the store will also be a central hub to show off the company’s Kindle and Fire products, which sounds like an incredibly awesome thing to do. Amazon has wanted to do this for years and with it seemingly coming to fruition, the company tells the WSJ that even at this stage, it’s all just “an experiment.”

The store is scheduled to open to the public just in time for the holidays. If it works, it could be the opening shot of a new competition between Walmart, Best Buy, and other brick-and-mortar competitors, and Amazon.