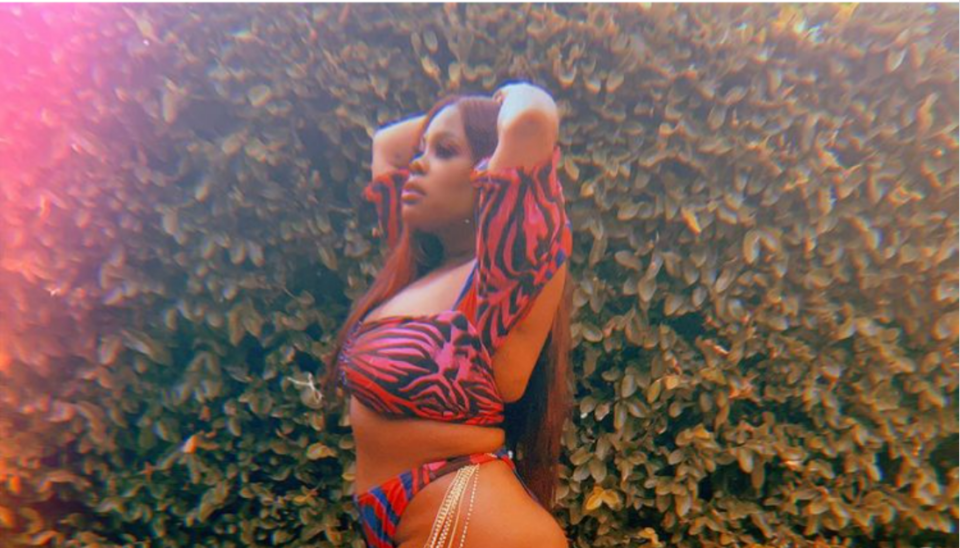 Fans are celebrating Amber Riley‘s transformation as she works on getting healthy and snatched. However, one group of admirers Riley has no time to give attention to are those men who ignored her before she embarked on her fitness journey, xoNecole reports.

The former Glee star humorously acted out her disapproval in a Tik Tok-like video, showcasing how people she knows are now sliding into her DMs, showering her with messages of counterfeit love for her. Unimpressed, Riley labels them as “fatphobic,” according to xoNecole.

Riley posted the short video clip as she acts as if she is engaged in a conversation and then is interrupted by the yells of someone falling and smacking into the ground. She watches the imaginary downward spiral and then looks back into the camera using a Nicki Minaj voiceover, “Um, chile, anyways, so.” The video’s overlay text reads, “[ninja emoji] I’ve known for years falling in my DMs because I lost weight…”

She writes in her caption, “Keep that same fatphobic energy player. Ain’t changed over here but the scale. BIG DOT.”

Community actress Yvette Nicole Brown concurred with Riley’s sentiments and posted, “Right?! They straight up act like we’ve taken off an ‘invisibility cloak’ or something. I’ve BEEN her [sic] playa! And you were uninterested. Keep that same energy and kick rocks!”

Brown also committed to losing weight when she developed Type 2 diabetes, according to People.

Single Black Female actress made an additional vulnerable comment within her thread where she voiced how many people made her feel that she did not have a right to exist.

“Unfortunately smaller bodies are more privileged. It’s been weird and uncomfortable experiencing that, and if I’m being honest, kind of nice not having to defend my existence or make space for myself all the time. I still often think i don’t belong in certain rooms and I’m still not skinny,” Riley painfully admits.

She continues: “All I know is all bodies are beautiful, love yourself NOW, and my girl @ceceolisa always said “don’t wait on your weight”.

Riley continued her statement by self-affirming that she was a beautiful woman before and after her weight loss and that plus-size ladies remain active in the dating game.