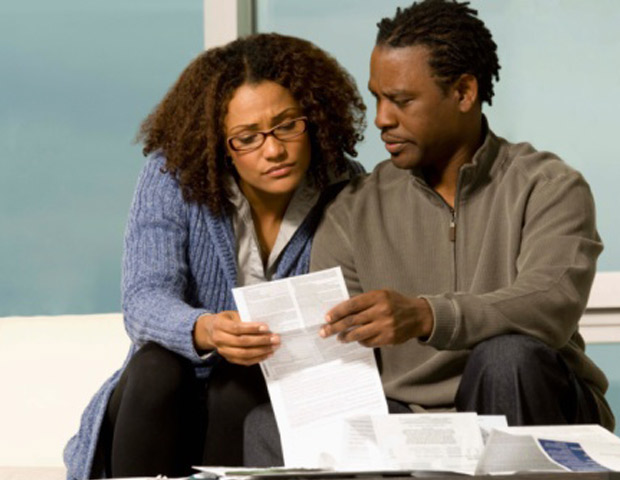 Your partner is a credit fugitiveâ€¦but there may be hope: The phone rings constantly throughout the day and early evening and your partner refuses to answer. Or worse, youâ€™re constantly meeting your partner somewhere new because they frequently have a new residence. While financial expert, Harrine Freeman notes such warning signals, she says before rushing to judgment one should attempt to have an open and honest conversation about credit. â€œIn 2010, FICO Inc. showed that 25.5% of consumersâ€”about 43.4 million peopleâ€”have a credit score of 599 or below,â€ she states. â€œMany people have bad credit so donâ€™t jump to conclusions. Find out the whole story before making decision if you want to continue dating them.â€ 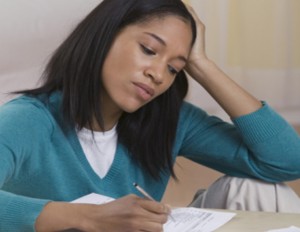 Much has changed in America over recent years, but there is one constant: Our number one financial priority is tackling bills. In a report by Bankrate.com, nearly 50% of Americans expressed they were most concerned about managing their bills. The number only seems to increase over the years. From 32% in 2012 to 36% in 2013,Â this year 41% of Americans are experiencing debt or trying to stay current on living expenses.

This was particularly common among those between the Â ages of 50 and 64. Older Americans 65 and upÂ were more likely than other age groups to provide financial assistance to loved ones, as 15% said this was their top priority.

DespiteÂ America’s increasing need to get a hold of their bills, our feelings regarding job security, comfort level with debt, net worth, and overall financial situation improved compared to a year prior.

Catching up on bills can seem overwhelming. Read this woman’s inspiring story on how she came out of $50,000 in debt.