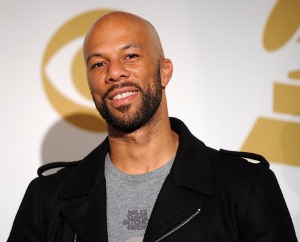 His full name is Lonnie Rashid Lynn Jr.; his stage name went from Common Sense to just Common. While he may be a man of many names, he has just one brand: authenticity. Common, a conscious, Southside Chicago wordsmith, has used his brand to carry him into the world of film and television drama. The medium may be different but his brand still shines brightly in all that he does. BENext.com caught up with the lyricist at a listening party for his newest album The Dreamer/ The Believer and discussed his recent projects, how he maintains his brand and a public squabble with a certain new school rap artist. — Adena Andrews

BE Next: Your first album Can I Borrow a Dollar debuted in 1991, 11 years later you are still rocking the mic and banging on tracks in your newest album The Dreamer/The Believer. After more than a decade on the music scene, you have maintained your relevancy and kept up with the ever-changing industry. What advice on maintaining a brand would you have for those who’ve been in their field for a long period of time?

Common: It’s important whatever market you are in to be aware of what is going on in the market. Even if you don’t do all the research yourself just be aware.

Also it’s important to speak to your brand and then be willing to grow within your brand. Don’t try to become something new, just do you. As an artist I approach things in that way.

Read more of our interview with Common at BE Next.

Entrepreneur of the Week: Veronica Chapman, My Crowning Jewel