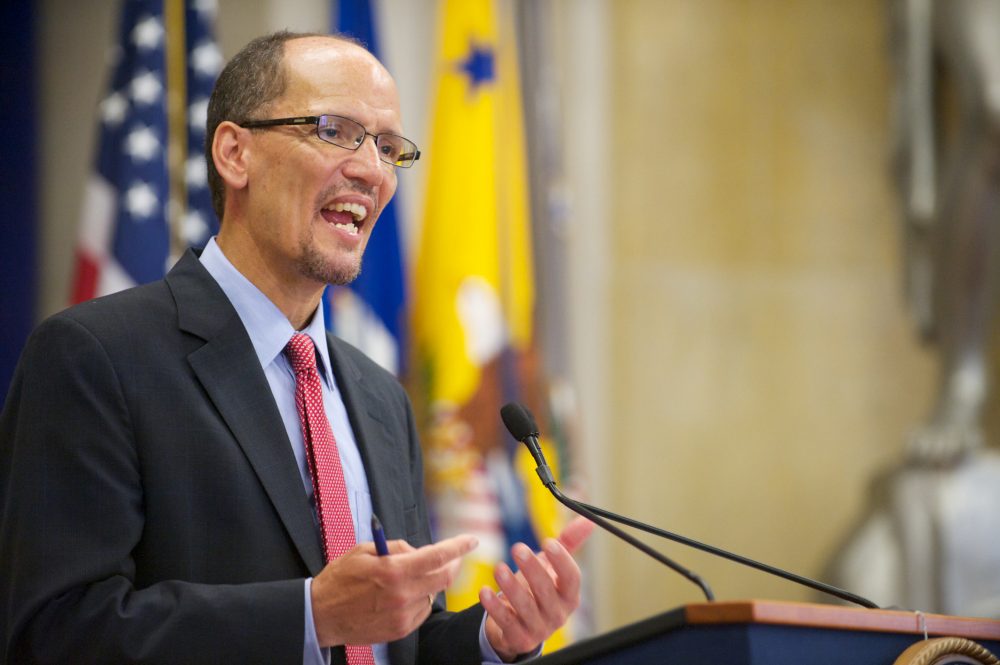 (Image: Wikipedia)
When it comes to hiring black businesses, the Democratic National Committee has much more to do.
Just 17.6% of the $17.5 million of the DNC’s contract spending for consulting work, including an anemic 6.4% for black businesses, was issued to minority-owned businesses the past year, a BuzzFeed News Analysis reveals. The activity for Latino-owned businesses was lower, coming in at 4.3%.

The analysis came a year after DNC Chairman Tom Perez and other party leaders pledged that diversity hiring would be a top concern moving ahead for the governing body of the Democratic Party.

In response, the DNC told BuzzFeed News it has been making changes over the past year. Citing its own analysis, the DNC maintained that 29% of contract spending was presented to diverse businesses.

In an analysis of the DNC’s spending from March 2017 to February 2018, more than $3,076,569 in disbursements for telemarketing, direct mail, and consulting work went to minority-owned firms.

The analysis also comes after American voters, particularly black women, showed up in colossal numbers in December 2017 to vote in Alabama, playing a key role in helping Democrat Doug Jones defeat Republican Roy Moore for a U.S. Senate seat. For its part, the DNC countered the BuzzFeed News analysis by stating the committee has been making various changes during the past year, including some not reflected by pure spending numbers in FEC filings. DNC officials stated some contractor spending in the March 2017 to February 2018 FEC filings were servicing prior agreements made under previous DNC leadership.

“Democrats have won over the past year because we’ve invested in the women and people of color who form the backbone of our party. That commitment doesn’t end with one election or with one news cycle,” stated DNC spokesperson Michael Tyler in a comment to BuzzFeed.

“Although outside consulting contracts make up only 2% of our overall budget, we’re focused on making sure we realize that commitment in our contracting process. That’s why these efforts are now being led at a senior level by chief operating officer Laura Chambers, who has ended many previously existing contracts.”