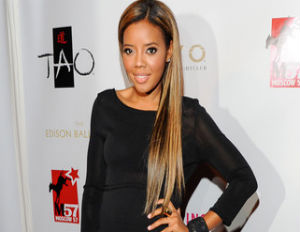 The Harlem Globetrotters, founded in 1926 by Abe Saperstein, are well-known for entertaining millions of fans around the world with their “ball handling wizardry, basketball artistry, and family entertainment. The iconic basketball team has included some of the most famous players—Wilt Chamberlain, Marques Haynes, Curly Neal, and Connie Hawkins, to name a few.

In 2007, Simmons, the daughter of one of the pioneers of hip-hop; Rev Run of Run DMC, Â launched Pastry, a fun and sporty footwear line, which made over $15 million in sales. Selected as one of BET‘s ‘Top 25 under 25,’ theÂ young fashion maven starred in the MTV reality TV show, Run’s House and Daddy’s Girls. Currently, she’s set for a new reality show,Â Growing Up Hip Hop,Â on We TV,Â which follows Romeo Miller, Egypt Crisis, Kristinia DeBarge, TJ Mizell, and Damon “Boogie” Dash Jr, as they try to break free from their famous parents’ legacy and carve their own paths to success.