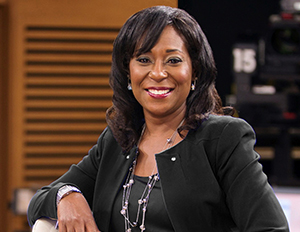 This past March, Â The Association of Women Inventors and Entrepreneurs (AOWIE) hosted its annual Women’s Conference, and I am elated to share that it was a wonderfully successful the event. The AOWIEÂ Women’s Conference features mentors that help guide and direct both inventors and entrepreneurs, who are striving to reach their goals and achieve success. Not only that, but the conference also presents attendees with an inspiring and uplifting musical experience.

As theÂ founder ofÂ AOWIE, I can say that the organization has two missions; to “bridge the gap between ambition and success,” and “lift each other up–two hands at a time.”

Speakers at the AOWIE Women’s Conference

The keynote speaker at this recent conference was Carla Hall, the famed restaurant owner, chef, a two-time finalist on Bravo TV’s competitive cooking showÂ Top Chef, and current co-host on ABC’s hit daytime television showÂ The Chew. Hall’s riveting speech traced her incredible career journey from modeling,Â toÂ accounting, to eventually discovering her passion for the culinary arts and becoming a chef when she was 30-years-old. Twenty-two years after first tapping into her culinary savvy, Hall opened up her own restaurant, Carla Hall’sÂ SouthernÂ Kitchen, in Brooklyn, New York. Hall is proof that when you believe in yourself, are clear about what you want, and remain dedicated to that passion, all things are possible! (And, of course, having the right mentors and supporters is paramount, too.)

Dolores Catania, a cast member from the hit Bravo TV showÂ TheÂ Real Housewives of New Jersey, also shared words of wisdom as a speaker for the conference.Â In addition to being a television personality, Catania is an entrepreneurÂ and inventor.

In addition to incredible speakers, the event also included aÂ fashionÂ show, musical entertainment,Â andÂ specialÂ award ceremonies to honor many of the young and innovative inventors of today. The AOWIE Conference also hosted a Two-MinuteÂ Elevator Pitch Competition, where a panel of judges vettedÂ fiveÂ inventors, as they pitched their products. This year’s winner wasÂ EliseÂ Graves, the inventor of WALL-BEES.

Filled with womenÂ inventors,Â patent attorneys, manufacturers, producers, strategists, and directors, this united effort managed to help so many people.Â Some attendees walked away with manufacturing contracts andÂ patent searches in-hand,Â whileÂ others walked away with television and radio interviews in their pockets.

Overall, the conference was an incredible, unbelievable, and magical experience. I hope to see you at the next one!

This article was written by Lisa Ascolese, also known as “The Inventress.” For more information on Lisa, visit her website at www.inventingatoz.com, or email her with any questions by sending a message to info@inventingatoz.com. Â