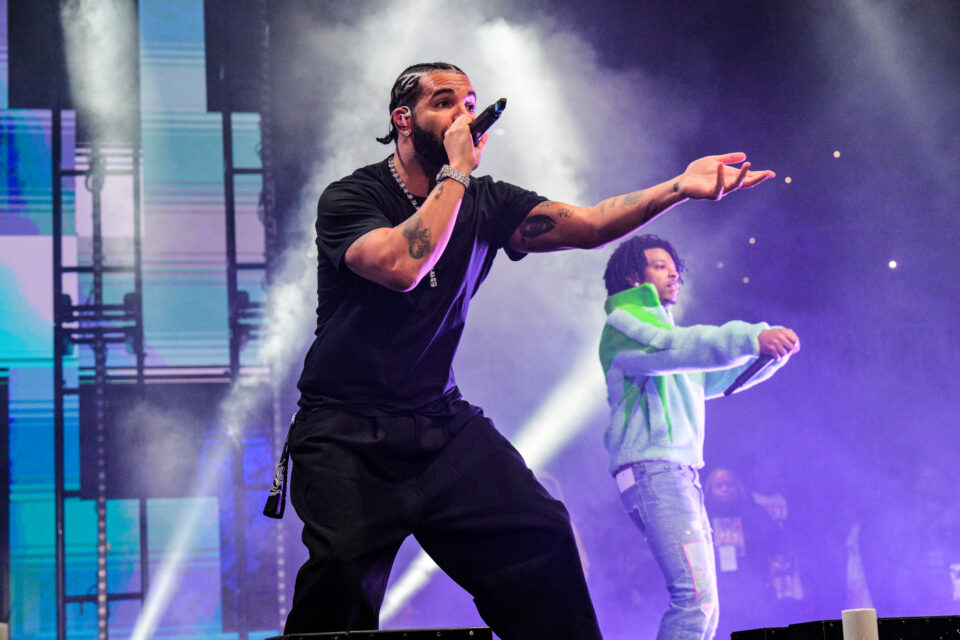 The incident happened while the co-collaborator of Drake’s last album, Her Loss, rapper 21 Savage, joined the popular rapper on stage. Somehow a fan fell off the balcony and onto the first floor of the venue. There seemingly wasn’t any injury to anyone that the audience member may have fallen on. The performers stopped the show to make sure the person who fell was alright.

Drake had to pause his show tonight after someone accidentally fell off the balcony. He’s okay and they kept on preforming. pic.twitter.com/EWKBDIF3mN

A statement released on social media from the Apollo Theater assured that the person and others in the vicinity did not suffer any major injuries.

“Unfortunately, last evening an incident occurred with an audience member who landed in the orchestra from the lower mezzanine.

“Drake, Apollo and SiriusXM halted the show immediately when learning of a potential fan injury and standard protocols were taken. They were seen immediately by EMS on site. The fan and other audience members reported that they were OK. No major injuries have been reported.

“The Apollo is investigating the situation further.”

The New York Post reported that the show was stopped for approximately 15 minutes as staff members at the Apollo tended to the fallen man. They removed the damaged lighting rig and secured the cords hanging over the side of the balcony where the fall occurred. The show continued without a hitch for the rest of the night.

This show was originally scheduled for November 11 but was postponed after the November 1 death of Migos rapper Takeoff. Production issues further delayed the show until last weekend.