Former investment banker Eric Coly decided to launch a startup after a close friend confided to him that she needed counseling. She was struggling to find a therapist, not because there weren’t any available, her issue was finding a black therapist.

Coly, a native of Senegal, understood her situation all too well. He had been diagnosed with depression and knew firsthand the lack of therapists of color in the United States. The U.S. has around 100,000 therapists, 86% are white, 5% Asian, 5% Hispanic, and 4% black. This is a far cry from diverse representation based on the U.S. population being 62% white and 38% racial and ethnic minority, according to the American Psychological Association.

The American Psychiatric Associate says that only 1 in 3 African Americans who need mental healthcare actually receives it. This mental healthcare gap is an issue that medical schools are trying to resolve as the country becomes majority-minority by the year 2050.

“Take aside the stigmatization and the lack of access to insurance and resources, [minorities] tend to only find people whom they aren’t able to relate to quite well,” Coly told Fast Company. “And they essentially give up. They buy into the notion that there’s no one out there who can help them.”

Coly spent a year building the app Ayana, focusing on connecting marginalized communities, people of color, LGBTQ, and disabled individuals with licensed therapists similar to themselves.

“We strive to address the strong lack of engagement between minorities and the mental healthcare industry which arises as a result of cost, stigma, and lack of cultural competency,” the company states on its website. “We achieve this by matching users with licensed professionals that share their unique traits, values, and sensibilities.”

The Ayana app allows for virtual therapy, text messaging, phone calls, or video conferencing. The app also allows for sensitive questions to be asked anonymously and answered by a licensed professional.

“I strongly believe that if finding a reflection of yourself in your counselor is what you demand to find a safe space, you are entitled to it,” Coly states on the company website. “The overriding belief was, and still is, that such providers are extremely rare or simply did not exist. They do. They are just hard to locate, hence seemingly inaccessible. As a result, minorities are often misdiagnosed due to being mismatched, hence the importance of good representation.” 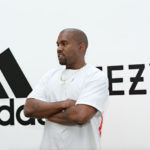