Apple Will Let You Use Third-Party Keyboards in iOS 8 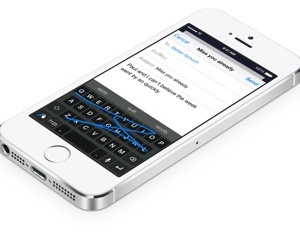 Previously, getting a third-party keyboard onto your iPhone involved jailbreaking your device and dealing with bugs.

A feature long desired by many users was the ability to use third-party keyboards. Android devices have had this feature for quite some time, but iOS devices were locked into Apple’s own keyboard, which lacked many features like swiping to spell and predictive texting.

Traditional typing in iOS included hunting and pecking for letters, which made typing far slower than using a third party keyboard like Swype or Swiftkey to “typeâ€ on mobile devices. Those keyboards work by dragging your fingers across the letters you need, and letting the phone predict the word you were spelling (with surprising accuracy).

If you wanted a custom keyboard, you would have to jailbreak your device. But thanks to this announcement, third-party developers will have the option of creating their own keyboards for iOS devices.