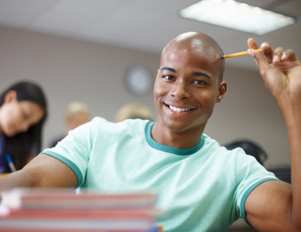 This article was written by BE Smart Contributor Chelsea L. Dixon, M.S., M.A.T. For more about the author, see her bio at the end of the article.

Many colleges and universities offer early admissions options; however, before deciding to apply early to your school of choice, make sure you understand all the implications. The most common early admissions programs are described below.

Early Action
The Early Action application process, as the name implies, allows you to apply to an institution earlier (usually in early November) than the regular admissions deadline. In return, the school will inform you of your admissions status much earlier, typically between mid-December and February. As an Early Action applicant you may apply to as many colleges as you’d like and still have until May 1 to accept an offer. Early Action is non-binding: If you are admitted you are not required to attend. For example, see Hampton University: http://admissions.hamptonu.edu/page/Admission-Requirements-for-Freshman-Students.

Â Early Decision
Early Decision is the most restrictive of the early application processes. Like Early Action, if you apply Early Decision you are submitting your application earlier (early November) in return for an earlier admissions decision (mid- to late December). However, unlike with Early Action, you can only apply to one institution as Early Decision. If you are admitted you must accept the offer and withdraw all applications to other schools because the decision is binding. The only way to decline an Early Decision offer is if the institution’s financial aid package is not adequate to make attending feasible. For example, see Spelman College: http://www.spelman.edu/admissions/applying-to-spelman/first-time-student-applicant.